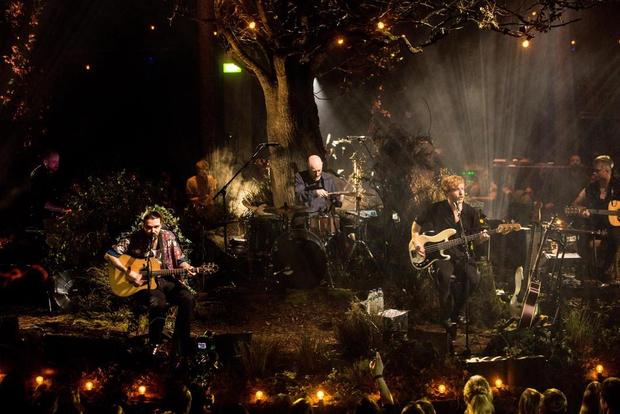 Biffy Clyro have announced details of their first acoustic album, and have announced a stripped back tour in support. Tickets go on general sale on Fri 11 May.

MTV Unplugged: Live At Roundhouse London will be released on Fri 25 May, featuring the Scottish band's best known tracks stripped back to their poignant essence.

It comes hand in hand with a global premiere of the concert, which will first be shown in the UK at 9pm on Fri 25 May, featuring songs like 'Machines', 'Many of Horror', 'Re-arrange' and 'Medicine', as well as scaled back versions of dramatic tracks like 'The Captain', 'Black Chandelier' and 'Bubbles'. There's also a cover in the shape of the Beach Boys' classic 'God Only Knows' and a new song 'Different Kind of Love'.

Preorders of the album are available now, and anyone who picks it up will get an instant download of the new version of 'Many of Horror', as well as a presale code for the UK tour, which features shows at London's Royal Albert Hall, Edinburgh's Usher Hall and Manchester's Opera House.

Tickets for the tour go on general sale on Fri 11 May, with more information to follow.