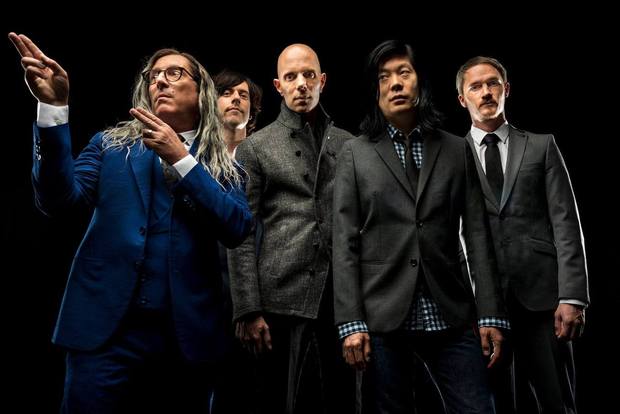 A Perfect Circle have announced a new run of UK shows for December 2018. Tickets to see the band go on sale at 10am on Wed 25 Apr.

The American supergroup, who released their long-awaited fourth album Eat The Elephant earlier this month, will play three shows in support of the record. The run of shows starts at Glasgow's O2 Academy on Sun 2 Dec, with the group travelling to Manchester's Victoria Warehouse on Mon 3 Dec, and finishing up at London's SSE Arena Wembley on Wed 5 Dec.

18 years after their debut Mer de Noms, the band – which has always featured consists of multi-instrumentalist Billy Howerdel and vocalist Maynard James Keenan – have returned with a mature, less heavy sound on Eat The Elephant, which deals with social, religious and political issues, and has a really daft album cover.

Tickets for the shows go on general sale at 10am on Wed 25 Apr.