Slayer have announced the dates for their final UK tour 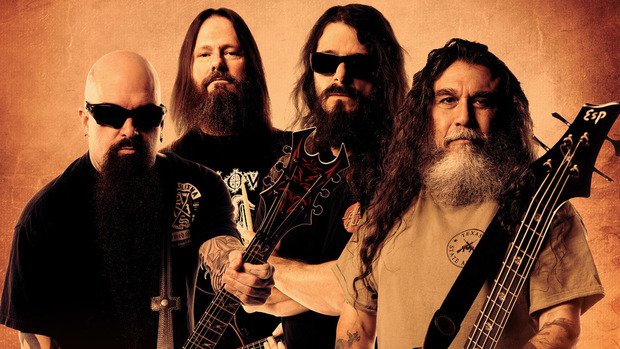 Metal legends to play six arena shows in November and will be joined by Lamb of God, Anthrax and Obituary

Metal fans, listen closely. Slayer have announced their return to the UK, with what will be their final ever tour dates in the country. Tickets for the gigs go on general sale at 10am on Fri 18 May.

The iconic group formed in 1981 and have released 12 albums in total, including the classic Reign in Blood, Divine Intervention and God Hates Us All. Their most recent album, Repentless, was released in 2015 – the band's first without founding member Jeff Hanneman, who died in 2013.

It's a tour with an incredible lineup; Slayer are joined by Lamb of God, as well as Anthrax – one of the 'Big Four of Thrash' along with Metallica, Megadeth and Slayer themselves. Death metal act Obituary complete the bill.

There's six UK dates, kicking off at London's SSE Wembley Arena on Sat 3 Nov, heading to Cardiff, Birmingham, Manchester and Newcastle, before finishing up at Glasgow's SSE Hydro Arena on Mon 12 Nov. It's your last chance to ever see the metal legends, don't miss it.

Tickets for Slayer go on general sale at 10am on Fri 18 May.

Slayer are credited as one of the 'Big Four' thrash metal bands along with Metallica, Megadeth and Anthrax. Now on their final ever world tour.