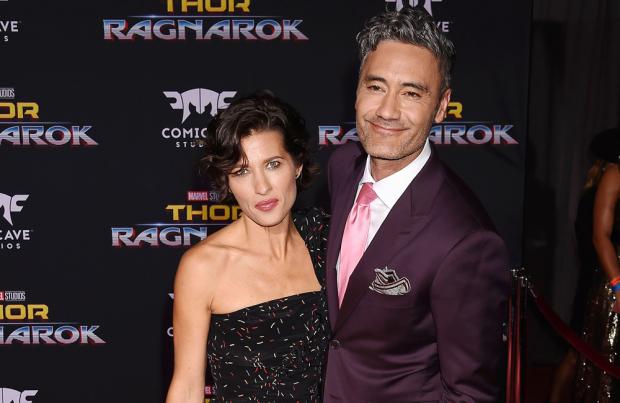 Taika Waititi has revealed his new movie 'Jojo Rabbit' will "p**s off a lot of racists".

The 42-year-old filmmaker is directing his latest project, and Taika has given fans an insight into what they can expect from the "anti-war satire", revealing 'Jojo Rabbit' will "ridicule Nazis".

He shared: "I'm stoked to begin shooting my anti-war satire.

"We've assembled an incredible cast and I couldn't be more excited to finally ridicule Nazis and their beliefs. This film is going to p**s off a lot of racists and that makes me very happy."

Taika - who is married to film producer Chelsea Winstanley - has penned the new movie, which is being shot in and around the city of Prague in the Czech Republic.

The film also boasts a star-studded cast that includes the likes of Scarlett Johansson, Sam Rockwell, and Rebel Wilson.

In 2017, Taika directed 'Thor: Ragnarok', which was widely praised by fans and critics.

And Chris Hemsworth - who stars as Thor in the Marvel Cinematic Universe - recently revealed that he and Taika have been "throwing ideas around" for a fourth instalment of 'Thor'.

The Australian actor spent his New Year's discussing the possibility of a fourth movie about the Norse god, but he also insisted another movie remains a long way off.

Chris recalled: "We gave cheers ... a few times ... We gave cheers to 'Thor 3'. But it also was like what could we do with four? We could do this and this. We were throwing ideas around. But also, just to work together again. That was one of the most enjoyable creative partnerships I've ever had.

"It just depends on how 'The Avengers' [movies] all wrap up.I finished shooting and now they are going to edit it and see how the stories play out. There are so many interwoven scenes and stories and characters. ['Thor 4'] is a conversation for further down the road, if it happens."