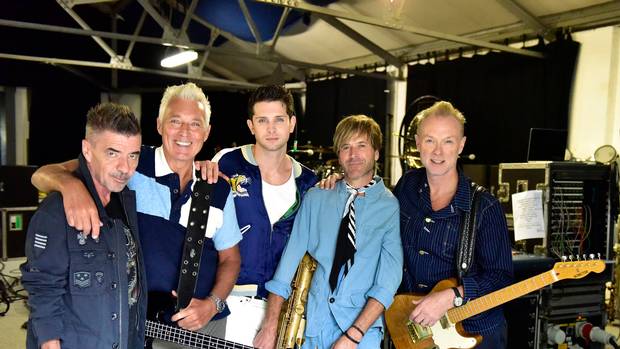 Tony Hadley, who left to pursue a solo career, has been replaced by West End star Ross William Wild

Spandau Ballet have announced a massive headline show at London's Eventim Apollo on Mon 29 Oct, with a new lead vocalist in tow. Tickets for the show are available now.

The band were one of the biggest groups of the 1980s, with 10 of their singles crashing the top 10 of the UK charts, songs still enjoyed now like 'True' and 'Through The Barricades'. Their biggest hit, 'True', spent four weeks at number 1 on 1983.

Reforming in 2009 the band performed across the whole world, but singer Hadley left to pursue to solo career last year. It's now been announced that he's been replaced by Ross William Wild, a 30-year-old singer and actor who's enjoyed a successful career on the West End,

The band's newest member first met Martin Kemp when both appeared in the stage show of Million Dollar Quartet, in which Wild played Elvis Presley.

With their new frontman in tow, Spandau Ballet will perform at London's Eventim Apollo on Mon 29 Oct. Tickets for the show are on sale now.

The iconic 80s band who were at the forefront of the New Romantic movement.