Tika Sumpter to star in Sonic the Hedgehog 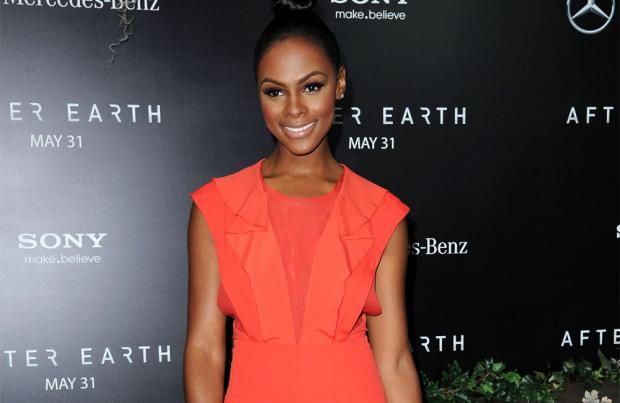 Tika Sumpter has joined the 'Sonic the Hedgehog' movie.

The 37-year-old actress has signed on to star in Paramount's live-action movie based on the iconic Sega video game character but details about what character she's set to voice are yet to be released.

The 'Ride Along' star joins James Marsden who has already been cast in the project, which will also incorporate CGI and will be helmed by first-time feature director Jeff Fowler, who is best known for the 2005 Oscar-nominated short 'Gopher Broke'.

Neal H. Moritz is producing the animation under his Original Film banner, while 'Deadpool' director Tim Miller will serve as executive producer alongside Toby Ascher, and Dmitri Johnson and Dan Jevons will co-produce.

The movie will focus on super-fast Sonic and his friends, including Knuckles and Tails, as they try to stop the evil Doctor Ivo 'Eggman' Robotnik.

Haruki Satomi - the President of Sega, Sammy Holdings - previously said of the project: "We can bring Sonic to the next level and not only bring the Sonic game to existing fans, but we try to grow our fan base worldwide."

The character has gone on to appear in a host of sequels and spin-off games and after Sega stopped making consoles he featured in titles released for Nintendo systems and other consoles.

Sonic has previously appeared in a number of animated series including 1993's 'Adventures of Sonic the Hedgehog' and he had a cameo in Disney's 2012 animation 'Wreck-It Ralph'.

Shooting on the project is set to begin in July and is scheduled to be released in November 2019.