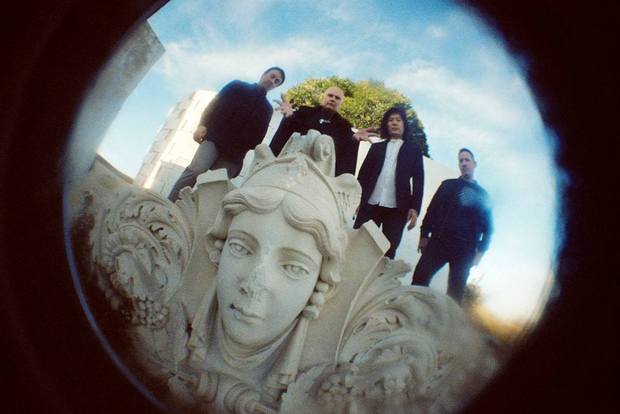 Smashing Pumpkins have announced a return to the UK. The reformed group will play at London's SSE Wembley Arena on Tue 16 Oct. Tickets go on sale at 9am on Fri 22 Jun.

The band, led by the enigmatic Billy Corgan, were one of the most influential guitar groups of the 1990s, releasing their debut album Gish in 1991, and then following it up with one of the best double headers in the history of rock music.

Siamese Dream, from 1993, featured the singles 'Today' and 'Disarm', and still stands up today as a collection full of irresistible riffs and hooks, while 1995's double album Mellon Collie and the Infinite Sadness included the classic tracks '1979', 'Tonight, Tonight' and 'Bullet With Butterfly Wings'.

The group's original members have mostly reunited for the tour, with Corgan joined by drummer Jimmy Chamberlain and James Iha. Bassist D'Arcy Wretsky will not take part, with a spectacular war of words between her and Corgan still playing out in the public eye. Still, fans of the group's golden era won't want to miss this return to the UK.

The Smashing Pumpkins have created one of the most acclaimed bodies of work in musical history having sold more than 30 million albums, and won multiple Grammy Awards in the process. The pivotal group’s many hits defined the alternative music era and continue to resonate on modern rock radio, influencing a whole new…