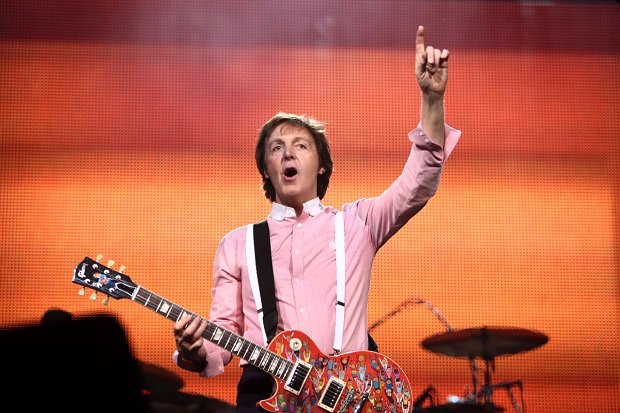 Beatles legend to perform in Liverpool, London and Glasgow this December

Paul McCartney has announced a run of UK tour dates to round off 2018. Tickets for the shows in Liverpool, Glasgow and London go on sale at 10am on Mon 16 Jul.

Drawing on tracks from McCartney's extensive solo career (please play 'Temporary Secretary', Paul), his time in Wings, and of course, his career-defining stint as one of the 'fab four', his shows are renowned as some of the most spectacular in the game. Ahead of the run of gigs, he'll release a new album titled Egypt Station on Fri 7 Sep.

McCartney says: 'There's nothing like performing in front of your home crowd, especially when it's been a while. I can't wait to finish the year on such a high by partying in Liverpool, Glasgow and London. We've freshened up the show since our last time round and we are excited to get to play some of our new songs alongside some of the favourites.'

Tickets for Paul McCartney go on sale at 10am on Mon 16 Jul.

Ex-Beatle, Ex-Wings, classical composer, poet, artist, animal rights activist, writer of silly love songs – Paul McCartney'll be a name familiar to your brain. Settle back for an evening of classic hits and a few more recent ones thrown in for good measure. It's cool – he'll probably play 'Hey Jude'. Get practicing your…