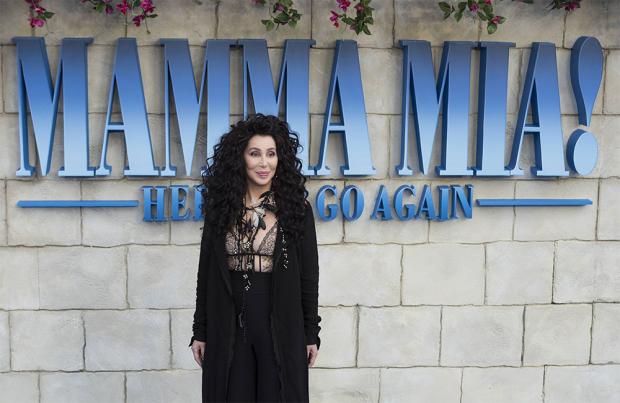 Cher is set to release an album of ABBA covers after starring the musical movie inspired by their songs, 'Mama Mia! Here We Go Again'

Cher has recorded an album of ABBA covers.

The 'Believe' hitmaker has put her own spin on hit songs by the Swedish group after she performed their 80s hit 'Fernando' in 'Mama Mia! Here We Go Again!' - in which she portrays Meryl Streep's [Donna Sheridan] character's mother Ruby - alongside co-star Andy Garcia [Fernando].

The record, which is yet to receive a release date, will be the 72-year-old star's first album since 2013's 'Closer to the Truth'.

Appearing on the 'Today' show, Cher revealed: "After I did 'Fernando' [in the film], I thought it would be fun to do an album of ABBA songs, so I did! It's not what you think of when you think ABBA, because I did it in a different way."

Though Cher was a big fan of the 'Waterloo' hitmakers - whose music soundtracks the movie - before she started work on the film, she hadn't appreciated how "complicated" the tracks were until she started singing herself.

Earlier this month, the 'I Got You Babe' singer claimed her next collection could be available in September in a short but sweet social media post.

Taking to Twitter, she posted fingers crossed and praying hands emojis, and then simply wrote: "Think album will be out in sept. (sic)"

She later revealed that she is already excited for the new material, but admitted it is "a little scary" because of how much her vocals have changed.

She later added: "Was sitting here listening &Working on songs,& They're SO Different From Originals,It's a little Scary. My voice is So Different.

"There Are Some I Think Are really good....But SO different.Pauli & Every1 loves them,but friends r EASY 2 Please.E-BAR IS HARD ASS,BUT ONE OF US (sic)"