Jason Mraz announces show at Royal Albert Hall, here's how to get tickets 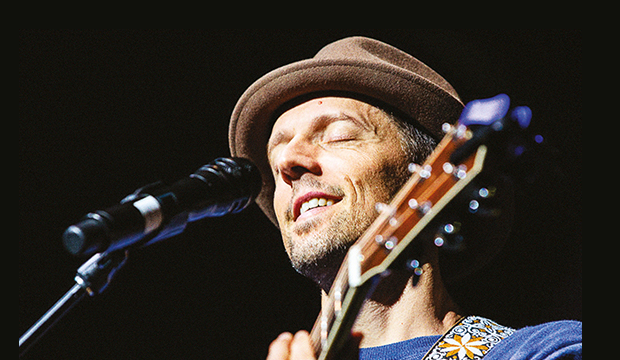 Jason Mraz has announced a show at London's Royal Albert Hall in March 2019. Tickets go on sale at 10am on Fri 27 Jul.

The American singer-songwriter rose to fame with his hit 'I'm Yours' in 2008 and has since gone on to release a string of successful pop tunes. Mraz has bagged two GRAMMYs in his time for Best Male Pop Vocal and Best Pop Collaboration.

Taking to the theatrical stage last year, Mraz played the role of Dr. Pomatte in Broadway's hit musical Waitress. He will be picking up his uke and heading out on the road once more this summer playing a small number of shows in America ahead of his UK date in March next year. His sixth studio album Know is due to be released later this year.

Good Vibes with Jason Mraz takes place at London's Royal Albert Hall on Wed 6 Mar. Tickets are available at 10am on Fri 27 Jul.