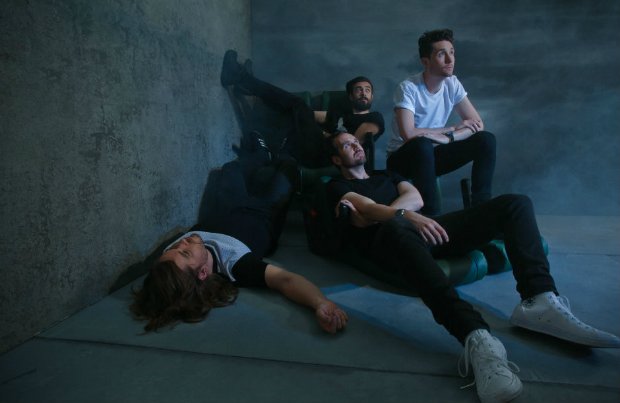 In the shadow of Edinburgh Castle six amazing headline shows are about to transform Princes Street Garden. Edinburgh Summer Sessions will run a series of shows from Mon 6 Aug - Sun 19 Aug and tickets are still available.

Two weeks today Edinburgh's newest music festival will begin. Over six nights some of the biggest names in music past and present will take over the Ross Bandstand to wow audiences during an epic month of entertainment.

As the world descends on Edinburgh for the international Fringe, Sir Tom Jones will open this year's Summer Sessions on Mon 6 Aug. Despite his recent illness the 78-year-old has told fans he is 'determined' to perform. The sold out show will be his first performance in Edinburgh in 51 years.

Brian Wilson and fellow Beach Boys Al Jardine and Blondie Chaplin will bring the sounds (and hopefully the clear blue skies) of Californian summer to the city, performing the iconic 1966 album Pet Sounds in full. Fans can expect to sway along to hits 'Wouldn't It Be Nice', 'Sloop John B' and 'God Only Knows'.

For those who were lucky enough to get their mitts on Kasabian tickets before they sold out, we salute you! Summer Sessions marks a special return for the group who will perform in the city for the first time in four years. Usually found headlining festivals this will be a rare opportunity to catch the indie-rockers on stage in Edinburgh. Let's hope it's not another four years before the Leicester lads return.

With Bastille, and special guests The Vaccines, plus Rag'N'Bone Man are also headlining, and have all come a long way since their first gigs in Scotland. Bastille's first Scottish headline show was at Glasgow's 350-capacity ABC2 in the heart of Sauchiehall Street.

Rag'N'Bone Man similarly made his first Scottish appearance in Glasgow performing at the even smaller Broadcast. Safe to say that these acts have been on the ris,e now performing to thousands of fans at every gig. Paloma Faith showed a similar rise to the top when she released her debut album back in 2009, notching up chart success and a huge UK tour in quick succession.

Edinburgh Summer Sessions kickstarts with Tom Jones on Mon 6 Aug with Brian Wilson and co rapping up the series on Sun 19 Aug. Tickets are on sale now.

Big show from the perma-tanned Welsh lothario. Expect the iconic singer to perform all his hits from 'Green, Green Grass of Home' to 'What's New Pussycat'.

Brian WIlson Brian Wilson returns with Al Jardine and Blondie Chaplin! Wilson will deliver his greatest hits live including selected songs from Pet Sounds, his top hits and fan favourites spanning his career with The Beach Boys and as a solo artist. No persons under 5 permitted. Under 16s must be accompanied by an adult…