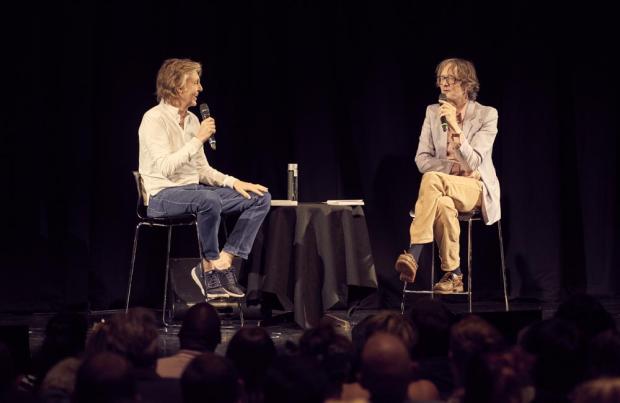 Sir Paul McCartney opted to make a concept album because he doesn't think he can compete with the likes of Taylor Swift and Beyonce.

The Beatles legend has gone down the old-fashioned route of giving his fans a record which takes them on a journey on his 17th solo LP, 'Egypt Station', like his own band did with 1966's 'Sgt. Pepper's Lonely Hearts Club Band' and their peers Pink Floyd did on 1979's 'The Wall' and 1983's 'The Final Cut', because he prefers the format to a "collection of singles" which many pop stars put out these days.

The 76-year-old music icon gave an inspiring talk to students at a Q&A with Jarvis Cocker at the Liverpool Institute of Performing Arts (LIPA) - the education establishment Macca founded in 1996 - on Wednesday (25.07.18), where he shared: "These days you have the big stars like Beyoncé, Taylor Swift and Kendrick Lamar, particularly the first two, their songs are a collection of singles.

"They are all great commercial tracks but it doesn't roll through like a Pink Floyd album used to, or a Fleetwood Mac album."

Quipping that he can't rival with 'Delicate' hitmaker Taylor's legs, he continued: "So I thought, well, I can't compete with that Taylor Swift thing, she's got better legs than me!

"But maybe what I can do is do what used to be called a concept album, an album that if you want you can listen the whole way through and it should roll through and take you somewhere."

Paul also shared how not having access to recording devices so readily allowed the band - which was also comprised of Sir Ringo Starr and the late John Lennon and George Harrison - to make music much quicker back in the day.

He said: "I always think it was a great thing that we never had a tape recorder...

"Now you can record anything at any time so I find myself with thousands of sketches and it's like 'Oh I'll finish that one day'. And so I have thousands to finish.

"It's really good if you can get the original performance down all in one."

The 'Let it Be' hitmaker returns to the place that kick-started the legendary rock band's career, The Cavern, in his hometown of Liverpool today (26.07.18), where he'll be putting on a surprise show for fans.

Tickets will be made available for free from the Echo Arena Box Office from 10am on a first come, first served basis, with the show kicking off around 1pm.