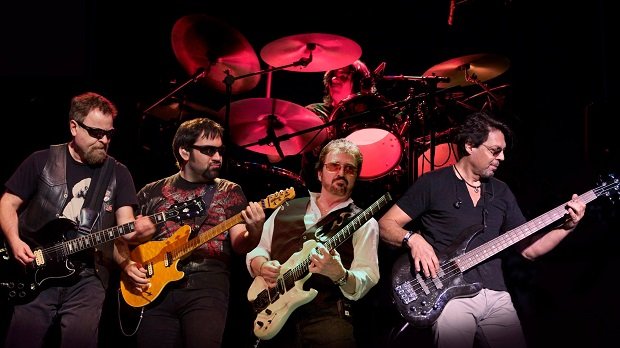 Blue Öyster Cult have announced a string of UK shows for Feb/Mar 2019. Tickets are on sale now.

Over their four-decade career, Blue Öyster Cult have established themselves as one of the most iconic bands of their time. Massive hits include '(Don't Fear) The Reaper', 'Godzilla' and 'Burning For You'. The band have released 13 studio albums and have sold over 24 million records worldwide.

Celebrating 45 years since the release of their debut album Blue Öyster Cult lit up the stage at this year's Stone Free Festival playing the album in full. It seems they have no plans to stop rocking anytime soon as they take to the road for a new UK tour in spring 2019.

Touring with the group will be blues rockers The Temperance Movement. Since formation in 2011, the British band have released three studio albums. Their latest album A Deeper Cut, which includes the latest single 'Caught In The Middle', came out in Feb this year.

Blue Öyster Cult will play eight nights in the UK starting at UEA in Norwich on Thu 21 Feb, calling at London's Eventim Apollo before finishing off at Academy in Manchester on Thu 1 Mar.

Tickets are on sale now.