Jungle announce UK shows, here's how to get tickets 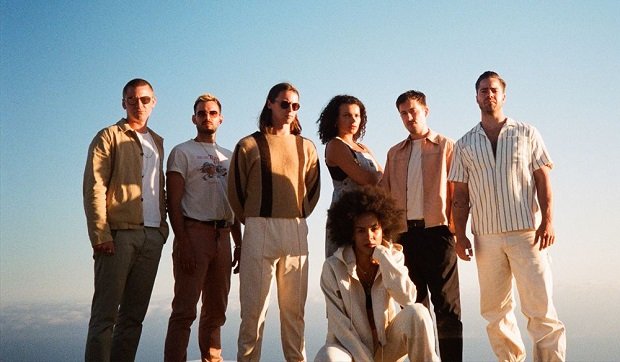 Jungle have announced a string of UK shows. Tickets for the five date run go on sale at 9am on Thu 2 Aug.

The Mercury Prize nominees are back with a new album For Ever, featuring new single 'Heavy California', and is due to be released this Sep.

Described as mid tempo 1970s-style funk, Jungle have achieved a distinct sound whilst working with different artists across diverse disciplines. The group, founded and fronted Tom McFarland (T) and Josh Lloyd-Watson (J), quickly expanded to a seven-piece musical collective. The results of this earned the group a Mercury Prize nomination for their debut record in 2014. The collective have been commended for their live performances during which they bring electronic tracks to life with a full band.

The tour kick starts at UEA in Norwich on Wed 13 Feb taking to Manchester, Leeds and Dublin before finishing at Alexandra Palace in London on Thu 21 Feb.

Tickets for Jungle go on sale at 9am on Thu 2 Aug.

Modern soul, with elements of hip hop and R&B.