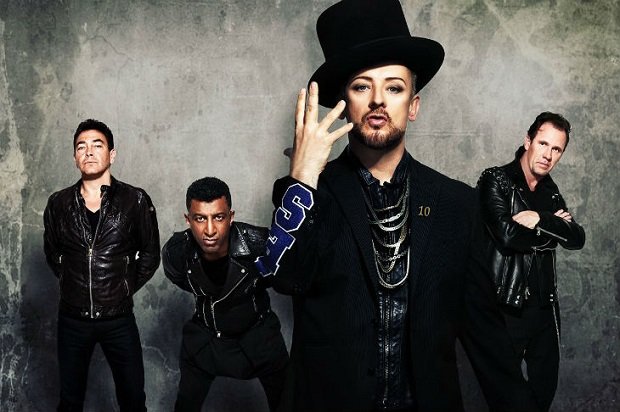 Culture Club have released a brand new single, 'Let Somebody Love You', ­­ahead of their forthcoming album and UK tour. The latest single marks a new chapter for the group as they release their first new material in over 20 years.

Taking to the stage in the early 80s the group rose to fame as the first multiracial band with an openly gay front man. Culture Club's unique style and attitude captured the attention of the world, earning them recognition as one of the most influential groups of the 1980s. During their career the group have sold over 150 million records, bagged multiple awards and rooted themselves firmly into the history of British music. Fronted by singer-songwriter and cultural icon Boy George the group's current lineup also includes Roy Hay, Mikey Craig and Jon Moss.

In line with the release of their new single the group shared news of their sixth album Life. The album, which features 11 brand new tracks, is now available for preorder ahead of its release on Fri 26 Oct. With an enormous catalogue of hits, including 'Do You Really Want to Hurt Me', 'Karma Chameleon', 'Church Of The Poison Mind' and 'Victims', as well as more to come, the group will not fall short of material for their forthcoming Life tour.

Speaking of the tour Boy George remarked: 'We put together an amazing show that is going to be filled with hits and fabulous memories.'

Tickets for The Life Tour are available now.

The 80s pop band fronted by flamboyant androgyne Boy George who brought us the ever catchy 'Karma Chameleon' head back on the road.