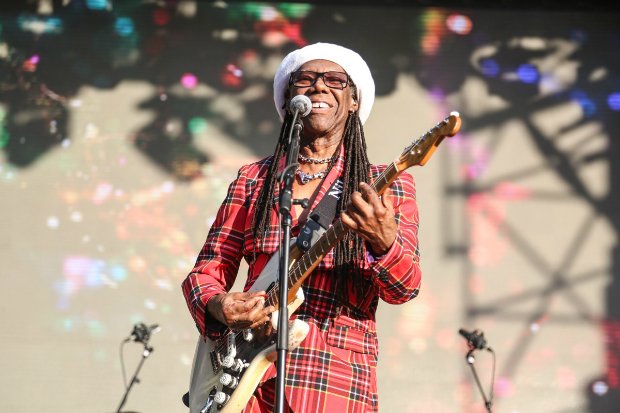 Disco legends will bring the party this Dec

Nile Rodgers & Chic have announced a fresh tour for late 2018. The announcement comes inline with the group's latest album It's About Time which is due for release later this year. Presale tickets for the tour are available from 9am on Wed 5 Sep. General sale tickets go on sale at 9am on Fri 7 Sep.

Considered one of the greatest live bands, Chic's sound is undoubtedly defined by the rhythm guitar and musicianship of GRAMMY award-winning composer, producer, arranger and guitarist Nile Rodgers. The group, who have been active since 1976, are today considered one of the most successful groups of the disco era.

Since formation Chic have released nine records including groundbreaking pop hits 'Le Freak', 'Good Times', 'Everybody Dance' and 'I Want Your Love'. The highly-anticipated tenth record, It's About Time is due for release on Fri 18 Sep ahead of the tour. The latest album features an incredible lineup of music talent including Elton John, Emeli Sandé, Lady Gaga, Nao, Mura Masa, Stefflon Don, Cosha, Craig David, Anderson.Paak and Chicagoan Vic Mensa, among others.

In 2013, Chic with Nile Rodgers headlined the West Holts Stage at Glastonbury Festival, marking what was to be an epic comeback for the disco legends. The group have been performing all around the globe ever since and reccently took to the road with legend Lionel Richie on his Australian tour.

The It's About Time tour kick starts on Thu 13 Dec at Glasgow's SSE Hydro, calling at Manchester, Birmingham and Cardiff with a final night at London's O2 Arena on Wed 19 Dec.

Presale tickets for the tour are available from 9am on Wed 5 Sep. General sale tickets go on sale at 9am on Fri 7 Sep.