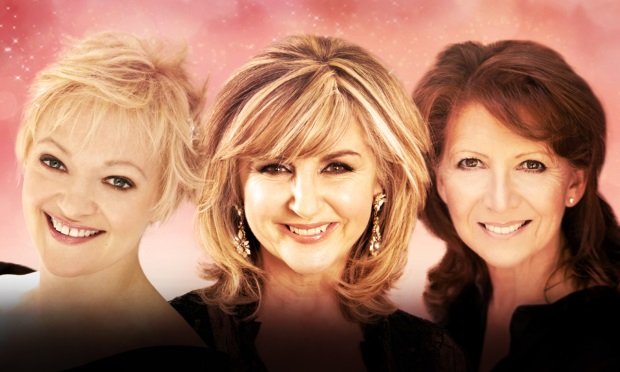 Legends of the stage and screen Maria Friedman, Lesley Garrett CBE and Bonnie Langford have joined forces for a unique musical endeavor. The trio have collaborated for the first time on new record entitled Golden Girls and are celebrating its release with a string of UK shows kick starting in Jan 2019. Tickets for the Golden Girls tour are available from 9am on Fri 7 Sep.

Making up the dream team are three musical performance heavyweights. Maria Friedman is best known for mastery of musical theatre, having starred in over 16 West End shows over her career. The actress and director has won 4 Olivier Awards and has performed in venues all over the globe. Her impressive portfolio of work includes appearances on stage with the likes of Barbra Streisand and Aretha Franklin.

Yorkshire-born Lesley Garrett CBE FRAM is considered the nation's most loved soprano. She made her professional debut in 1980, has released 14 solo studio albums and was awarded a CBE in 2002 for Services to Music. She has performed in major concert halls and opera houses worldwide and has starred in a string of hit musicals.

Maria and Leslie will be joined on stage by Bonnie Langford. Langford's many-faceted career has included numerous appearances on stage and screen in the likes of Gone with the Wind, Cats, Chicago and more. Langford also famously played the role of the doctor's assistant in the BBC's Doctor Who from 1986-1987.

The Golden Girls album features reimagined versions of favourites such as Nina Simone's 'Feeling Good', Judy Garland's 'Get Happy' and ABBA's 'Slipping Through My Fingers' that celebrate the women's vocal talents.

The 19-date Golden Girls tour kick starts on Sun 13 Jan 2019 at Cliffs Pavilion in Southend calling at a host of cities with a stop off at the London Palladium on Sat 2 Feb before a final show at Sheffield City Hall on Mon 4 Feb.

Tickets for the Golden Girls tour go on sale at 9am on Fri 7 Sep.