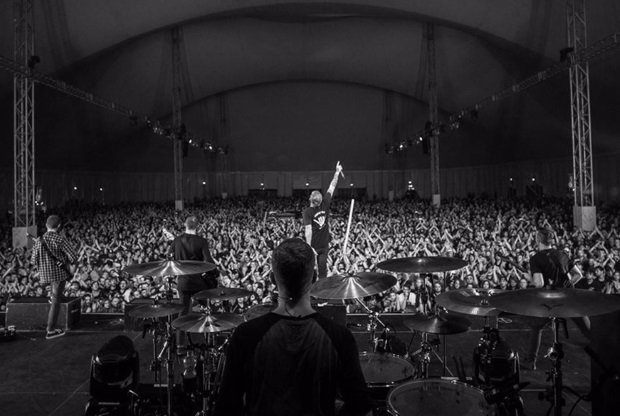 Architects have announced they will take to the road across the UK for four shows as part of the Holy Hell tour in Jan 2019. Tickets for the tour go on sale at 9am on Fri 14 Sep.

Since forming in 2004, the English metalcore band have released seven studio albums. The band made their breakthrough with their third album, Hollow Crown in 2009. Known for their choppy, complex guitar riffs and catchy choruses, they are considered by many to be innovators of the metalcore genre. The band recently received the award for Best UK Band at Heavy Music Awards.

Architects tragically lost founding member, lead guitarist, keyboardist and primary songwriter Tom Searle after a three-year battle with skin cancer in 2016. The band continued touring in tribute to Searle and released a single entitled 'Doomsday' in Aug 2017, which Searle had begun work on before his death.

In line with the tour announcement the band have released new track 'Hereafter' and news of the long-awaited seventh album which fans can now pre-order.

In Feb of this year the five-piece played a momentous, sold out headline show at Alexandra Palace. The group will return to the UK stage in Jan 2019 with the four-date tour with support from hardcore punk band Beartooth and fellow rockers Polaris.