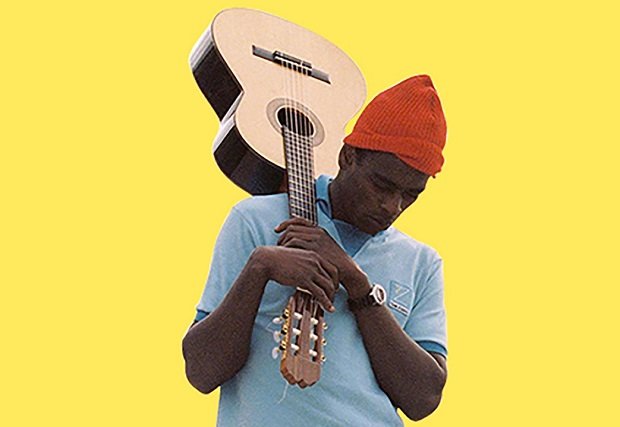 Brazilian singer Seu Jorge has announce he will play a rare UK show as part of his Bowie tribute tour in 2019. He will perform with accompaniment from The Heritage Orchestra for one night at the Eventim Apollo in London on Fri 8 Feb. Presale tickets for the show are available from 9am on Thu 27 Sep. General sale tickets go on sale at 9am on Fri 28 Sep.

The singer and actor has appeared in a number of film, most notably Wes Anderson's The Aquatic Life of Steve Zissou (2004). In his memorable role as Pelé dos Santos, a singing sailor, Seu Jorge performed several of David Bowie's hits in Portuguese with the accompaniment of his acoustic guitar. His unique renditions were well-received by fans and Bowie himself, inspiring the tribute tour.

Speaking of Seu Jorge's work the late Bowie stated: 'Had Seu Jorge not recorded my songs in Portuguese, I would never have heard this new level of beauty which he has imbued them with'

He has been touring since the summer of 2017 playing his unique, stripped back renditions of Bowie hits across North America and Europe. The 2019 UK show will mark his first performance in the country since playing at the Royal Albert Hall in 2017. Joining him on stage are The Heritage Orchestra who will perform alongside the singer with recreated sets from the film providing the backdrop for the show.

Seu Jorge will perform at the Eventim Apollo in London on Fri 8 Feb 2019. Presale tickets are available from 9am on Thu 27 Sep.General sale tickets go on sale at 9am on Fri 28 Sep.

Seu Jorge: The Life Aquatic', a Tribute To Bowie

The Brazilian singer pays homage to David Bowie, with accompaniment by The Heritage Orchestra.