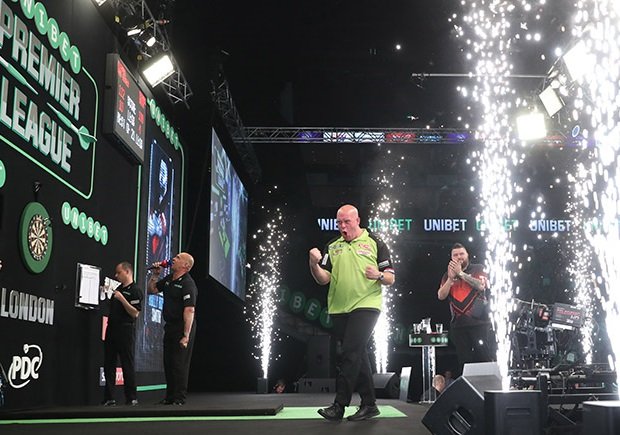 Opening nine weeks of matches will go ahead in Newcastle, Glasgow, Exeter, Aberdeen, Birmingham and more

The Unibet Premier League Darts season returns in 2019 and will run across across 17 successive Thursday nights in venues across the UK, Ireland, Netherlands and Germany from February to May. Tickets for the UK dates are on sale now.

Throughout the season darts fans can enjoy multiple matches as world-class players come together to battle it out for the £250,000 prize money.

The league phase of the tournament spans the opening nine weeks before the bottom two players are eliminated. From there on in the remaining eight players will face each other over the remaining six league nights before the top four players progress to compete in the Play-Offs.

The Unibet Premier League Darts tournament kicks off on Thu 7 Feb 2019 at the Motorpoint Arena in Newcastle. The final match of the league will go ahead on Thu 23 May at The O2 in London.

Tickets for the 2019 Unibet Premier League Darts tournament are on sale now.