Only Fools and Horses musical to star Paul Whitehouse 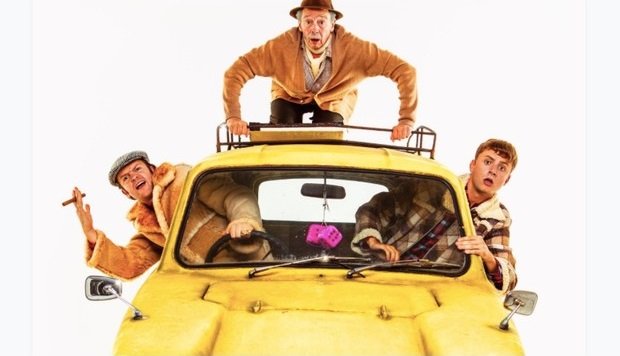 Son of the late Jim Sullivan, John Sullivan, has paired up with comedy heavyweight Paul Whitehouse for a brand new musical adaptation of hit TV BBC series Only Fools and Horses. The show will run at Theatre Royal in London's Haymarket from Sat 9 Feb 2019 and limited presale tickets are on sale now. General sale tickets are available from 9am on Thu 11 Oct.

The musical began as the final project of original writer and creator John Sullivan who worked on the adaption before his passing in 2011. The musical, which will revive the iconic series live on stage, was written and produced by the Sullivan and Whitehouse to honour his legacy.

Directed by Caroline Jay Ranger (Early Doors Live), the show will combine scenes from the original episodes with new material. The antics of Rodney and Del Boy will be told through 20 original songs written by Whitehouse and Sullivan with contributions from Chas Hodges of Chas 'n' Dave fame.

Whitehouse, who will take on the role of Grandad, will be joined by Tom Bennett as Del Boy and Ryan Hutton as Rodney.

Only Fools and Horses – The Musical runs at Theatre Royal in London's Haymarket, from Sat 9 Feb 2019 and presale tickets are on sale now. General sale tickets are available from 9am on Thu 11 Oct.

Only Fools and Horses: The Musical

John Sullivan, son of the late Jim Sullivan, and Paul Whitehouse team up in this brand new musical adaptation of the TV hit series.