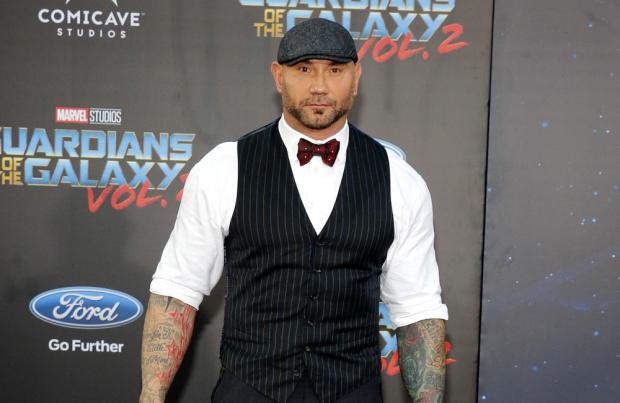 Dave Bautista is keen to star in 'Suicide Squad 2' if James Gunn is at the helm.

The 'Guardians of the Galaxy' star has been outspoken in defence of the franchise's director – who was sacked by Disney ahead of the third movie over controversial past tweets – and he has revealed he would follow him into the DC Extended Universe.

Responding to reports that Gunn is in talks to write and potentially even direct at sequel to the 2016 blockbuster – which starred the likes of Will Smith, Margot Robbie and Jared Leto – he simply tweeted: "Where do I sign up! (sic)"

The filmmaker is said to be in line to jump ship from Marvel to DC and take on a big role behind the camera.

Meanwhile, Bautista has repeatedly insisted he wouldn't want to return to the 'Guardians of the Galaxy' film series if James' script wasn't used for the upcoming sequel.

The wrestler-turned-actor – who plays Drax the Destroyer in the movie franchise – insisted he won't do another film for the studio unless they agree to use the director's work.

However, the 52-year-old filmmaker's brother Sean has since revealed the company will stay true to his sibling's vision.

He previously said: "I don't really know yet what's going on with 'Guardians 3'. I know that Disney still wants to make the movie. I know that they have every intention of using the script that my brother wrote."