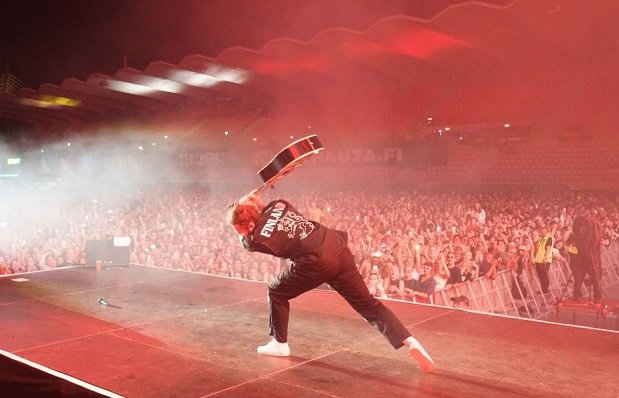 Earlier this week Post Malone announced a string of shows for UK & Ireland shows for 2019. The rapper will perform in Dublin Birmingham, Glasgow, Manchester and London next February and tickets are on sale now. Due to huge demand the rapper has added an extra show for London's O2 Arena on Thur 14 Mar. Tickets for latest date are on sale now.

For those umming and ahhing over whether to go, we've laid out five reasons why you should definitely see the hip-hop sensation next spring.

He was nominated for a further three American Music Awards including Artist of the Year, Collaboration of the Year ('Rockstar' - Post Malone ft. 21 Savage), Favourite artist Rap/Hip-Hop.

3. He's finally coming to the UK

The rap sensation had never performed in the UK before this summer and who knows when he'll be back.

4. His live shows are electric

There is a lot of hype surrounding Post live performances and when he took to the stage at Reading and Leeds Festivals this August he did not disappoint. The crowd went wild and commended his set which featured a mix of fan favourites new and old.

Post's second album, Beerbongs & Bentleys, broke Spotify's record for most first day streams of all time. The album ranked up a staggering 78,744,748 streams worldwide in the first 24 hours.

Post's debut album, Stoney, spend its 77 weeks in the top 10 of US Billboard's Top R&B and Hip-Hop Albums chart beating the 76-week record that Michael Jackson's iconic Thriller achieved in the 80s.

Tickets for Post Malone's 2019 tour are on sale now.