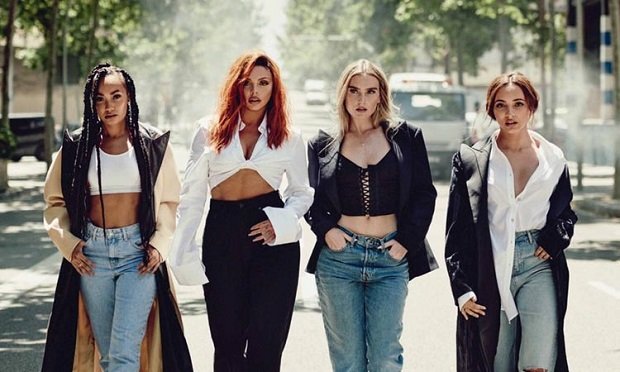 Find out how to get tickets for shows in Glasgow, Liverpool, Newcastle, Sheffield, London and more

Little Mix have announced they will embark on a huge UK tour in 2019 in support of their forthcoming album. Tickets for the shows go on sale at 9am on Fri 26 Oct.

Since becoming the first girl group to win the X-Factor, back in 2011 Little Mix have put out four Top 10 albums as well as four No.1 singles 'Cannonball' 'Wings', 'Black Magic' and 'Shout Out to My Ex'. The group's 2016 release Glory Days was their first No.1 Album which sold over 600,000 copies and beat the Spice Girls' record of the longest reigning number 1 album by a girl band in the UK.

Last week Little Mix released their latest single 'Woman Like Me' which features Nicki Minaj. The group's fifth album, LM5, is due for release on Fri 16 Nov.

Speaking of the record the members Jesy Nelson, Leigh-Anne Pinnock, Jade Thirlwall and Perrie Edwards said 'We've worked so hard on this, we are so proud and can honestly say this is our favourite album to date.'

The tour will call at each arena for two nights back to back next Autumn. The string of shows kicks off on Fri 18 Oct at the SSE Hydro in Glasgow moving on to Liverpool, Newcastle and Sheffield. Following on from three nights at The O2 in London, the band will perform in Birmingham, Nottingham and Sheffield before a final show on Tue 19 Oct at First Direct Arena in Leeds.