Marvel Universe Live! returns to the UK in 2019, here's how to get presale tickets 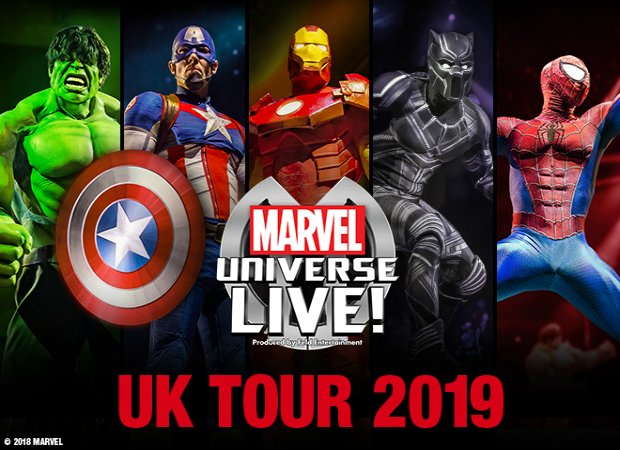 Marvel fans, assemble! The action packed Marvel Universe Live! Arena show will return to the UK in 2019. Presale tickets for the tour go on sale at 9am on Fri 9 Nov. General sale tickets are available from 9am on Fri 16 Nov.

The show, which took Feld Entertainment two years to develop, has become one of the most successful live action arena shows in North America. It has been hailed as the most technically advanced live show ever thanks to its cutting-edge special effects, pyrotechnics, high wire aerial stunts, martial arts, motorbikes and more.

Throughout the show over 25 Marvel Comic characters come together for defeat the evil of Loki and co. Marvel fans can expect to see a host of heroes including Doctor Strange, Spider-Man, Iron Man, Captain America, Thor, Black Panther, Hulk, Black Widow and the Guardians of the Galaxy among others.

The huge tour will run from September to December next year calling at major arenas in Nottingham, London, Sheffield, Glasgow, Liverpool, Newcastle and Manchester before a final run in Birmingham. Each venue will run up to three performances a day including morning, matinee and evening shows.

All your favourite superheroes come to life in this action packed, stunt-filled arena spectacular that sees The Avengers, X-Men and Spider-Man team up to defeat the worst villains in the Marvel Universe.