Gabrielle to embark on UK tour in 2019, find out how to get tickets 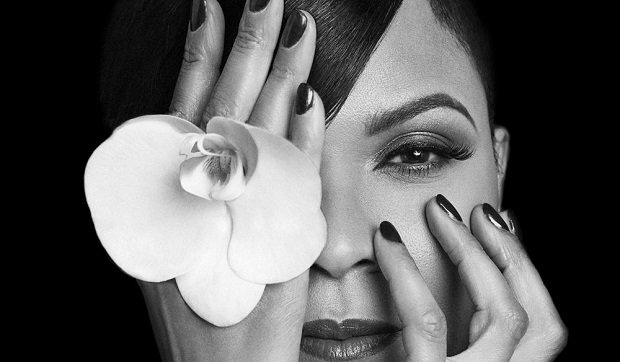 Earlier this year Gabrielle made her comeback with the release of a new album, Under My Skin. In support of the record the singer will head out on a 10-date headline tour of the UK in 2019. Tickets for the shows are available at 10am on Thu 25 Oct.

Gabrielle rose to prominence in the 90s following the release of her No.1 hit single 'Dreams'. The R&B star has gone on to release six studio albums, and received numerous accolades including two Brits, an Ivor Novello and two Mobo awards.

The new album marks a comeback for Gabrielle who hasn't released any music since 2007's Always. The 12-track record was released earlier this year and reached No.7 in the UK charts achieving the singer's highest chart position since Rise topped the charts in 2000.

The singer will be performing songs from her new album as well as signature hits such as 'Show Me', 'Dreams', 'Out of Reach' and 'Give Me a Little More Time' among others. She has been busy in 2018 playing a series of intimate live shows as well as supporting Rick Astley on his huge UK tour.

The 2019 tour marks Gabrielle's biggest headline tour of the UK since 2007. The string of shows kicks off on Sun 24 Mar at Bridgewater Hall in Manchester. Gabrielle will work her way across the country with shows in Leicester, Cambridge, Birmingham, Warrington, Leeds, Bath, London and Brighton. The final show of the tour takes place on Fri 5 Apr at Sage One in Gateshead.

Through the first chapter of her career from her emergence in 1993 through to 2007, Gabrielle was a constant presence in the UK charts. She landed two number 1 singles, a further eight Top 10 hits and five Top 10 albums, including the number 1 hit Rise. Gabrielle has spent a combined total of over four years on the Top 40…