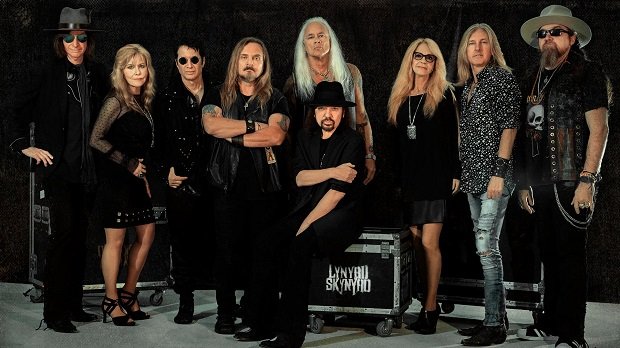 Southern rockers will play in Glasgow, Manchester, London and Birmingham next June, find out how to get tickets

Lynyrd Skynyrd have announced they will return to the UK for a four-date stadium tour in 2019. The Last of the Street Survivors UK shows comes as part of the group's global farewell tour. Tickets for the gigs go on sale at 9am on Fri 9 Nov.

Since then the band have put out 14 studio albums, the most recent of which, Last of a Dryin' Breed, came out in 2012. The band have tragically lost members Allen Collins, Billy Powell, Leon Wilkeson and Hughie Thomasson over the years. Founding member Gary Rossington continues to perform with current members Johnny Van Zant, Rickey Medlocke, Mark Matejka, Michael Cartellone, Johnny Colt, Peter Keys, Dale Krantz Rossington and Carol Chase.

The band last toured the UK in 2015 and will return in the summer of 2019 for four final UK shows. The tour kicks off on Wed 26 Jun at The SSE Hydro in Glasgow before nights at Manchester Arena and The SSE Arena in Wembley. The final show goes ahead on Sun 20 Jun at Resorts World Arena in Birmingham.

American country rock from the band that brought us 'Sweet Home Alabama'.