Johnny Marr adds extra London date to 2018 tour, here's how to get tickets 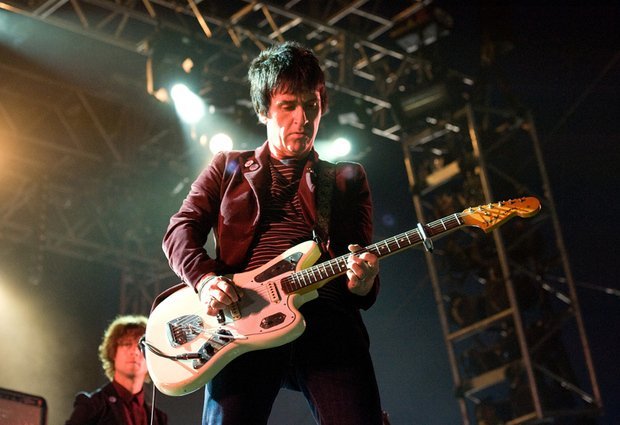 Influential guitarist to perform at Evolutionary Arts Hackney this December

Johnny Marr has announced he will play a further London show as part of his 2018 tour. The UK leg of his global tour began earlier this month, selling out venues in Glasgow, Brighton, Manchester, Liverpool and London. Due to huge demand he will perform an extra show at London's EartH (Evolutionary Arts Hackney) on Sun 9 Dec. Tickets for the show go on sale at 9am on Fri 9 Nov.

The founding member of legendary indie group The Smiths, Marr is now on his third album under his own name. Call The Comet was released earlier this year and supported with a global tour. The record features singles 'The Tracers' and 'Hi Hello'.

Johnny Marr will perform at EartH on Sun 9 Dec. Tickets for the show go on sale at 9am on Fri 9 Nov.

Former Smiths guitarist, who's stuck to his indie credentials by gracing the stage with the likes of The Cribs, Dinosaur Jr and Modest Mouse.