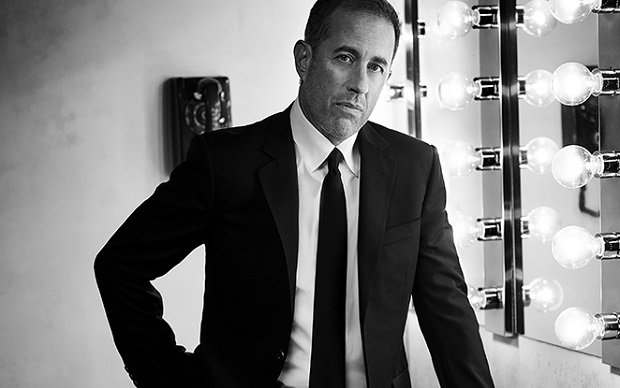 Jerry Seinfeld will perform four shows over two nights at London's Eventim Apollo next summer. The 2019 dates will mark the comedian's first UK performances in eight years. Tickets are on sale now.

Jerry Seinfeld is most known for playing a fictionalised version himself in the hit US sitcom Seinfeld which ran for nine season from 1989 to 1998. The show, penned with fellow comedian Larry David, won a huge number of accolades including Emmy, Golden Globe and People's Choice awards.

Going back to his comedy routes Seinfeld has been performing shows in his home city of New York and beyond, surprising fans with last minute tweets ahead of each night's performance. He has also been performing monthly shows at the city's Beacon Theatre.

Jerry Seinfeld will perform two shows a night at London's Eventim Apollo on Fri 12 and Sat 13 Jul. Tickets for the shows are on sale now.

The star of US sitcom Seinfeld performs in the UK for the first time in eight years.