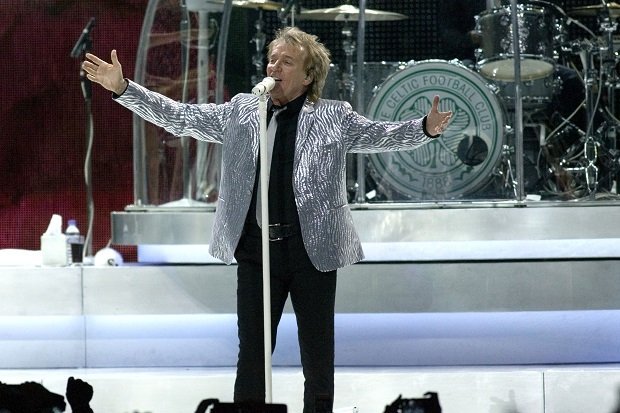 Extra shows to go ahead in London, Nottingham, Sheffield, Newcastle and Brighton

Rod Stewart is celebrating the release of his latest album with a UK tour that just keeps on getting bigger. The singer revealed a further four UK dates earlier this week with new shows added for Nottingham, Sheffield, Newcastle and Brighton. General sale ticketsfor the new dates and remaining tickets for all other dates are on sale now.

Due to high demand the singer will perform two nights at London's O2 Arena on Mon 17 and Wed 19 Dec. Tickets for the London shows go on sale at 9am on Fri 30 Nov.

The tour was originally announced in September with just seven dates but has since been increased to ten due to fan demand. The announcement came in line with the news of Rod's latest studio album Blood Red Roses which was released in this year almost 50 years on from his first solo record.

The shows promise to be an eclectic mix of old fan favourites such as 'Hot Legs', 'Maggie May', 'Da Ya Think I'm Sexy?', 'You're in My Heart','Sailing' and 'I Don't Want to Talk About It' and new songs.

Tickets for the newly added dates in Nottingham, Sheffield, Newcastle and Brighton are on sale now. Tickets for the London dates go on sale at 9am on Fri 30 Nov.

Gravel-voiced Rod returns for more onstage shenanigans lapped up by a partying crowd. There's always 'Maggie May' to look forward to. This time round he is promoting his latest studio album Blood Red Roses.