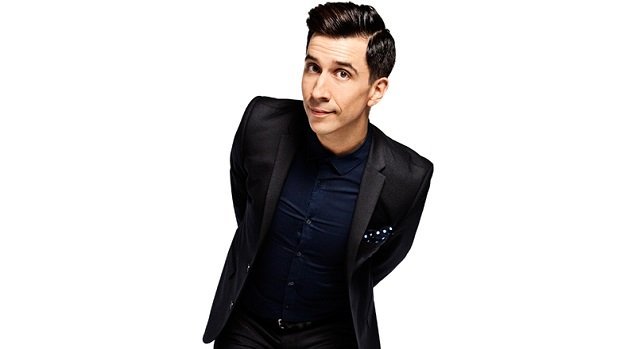 Extra shows to go ahead in Cheltenham, Northampton, Salisbury, Plymouth and more

Russell Kane has added seven new dates to his 2019 Fast and the Curious UK tour. The comedian will perform extra dates in Cheltenham, Northampton, Salisbury, Cardiff, Plymouth, Dublin, Stoke-on-Trent next autumn. Presale tickets for the newly added shows are on sale now. General sale begins at 9am on Fri 23 Nov.

The multi-talented comedian, presenter, actor, author and scriptwriter has made numerous TV appearances, popping up on the likes of BBC2's Live At The Apollo and BBC1's Michael McIntyre's Big Show as well has his own BBC3 hit show Stupid Man, Smart Phone.

Kane will perform over 60 dates in the UK throughout 2019. The tour kicks starts on Fri 8 Feb 2019 at Cast in Doncaster calling at a host of UK cities including Colchester, Brighton, Swindon and many more. Kane took to Twitter to reveal he hopes to announce even more dates for the tour before the year is out.

Russell Kane Live: The Essex Variant! Russell Kane’s bringing to town his gut-punch funny, searing, award-winning take on the two years we’ve just gone through. Hailed as the The Guardian’s Number 1 comedy performance to come out of 2020 (The Guardian are miserable and usually hate everything) – this high-octane show…