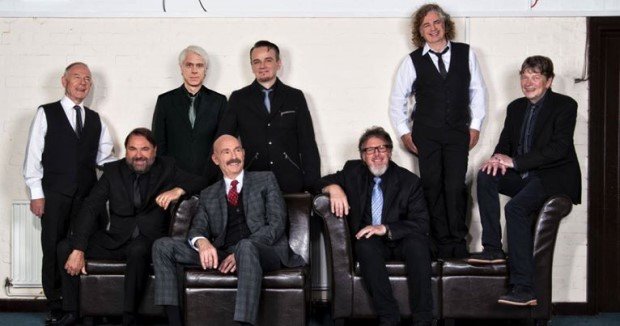 King Crimson have announced they will bring An Evening with King Crimson to the Royal Albert Hall in London for three nights from Thu 18-Sat 20 Jun. Tickets for the shows go on sale at 9am on Fri 30 Nov.

Since forming in 1986 King Crimson have put out 13 studio albums and have famously changed musical direction and instrumentation numerous times. The group were hugely influential on early 1970s progressive rock movement, fuelling the creative fires of the likes of Genesis and Yes with their experimental compositions. Contemporary artists such as Mastodon and The Flaming Lips also credit the prog rockers as inspiration.

The 2019 dates follow on from a successful UK tour that took to nine cities including a night at London Palladium as well as venues in Cardiff, Nottingham, Manchester and more.

An Evening with King Crimson takes place at the Royal Albert Hall on Thu 18, Fri 19 and Sat 20 Jun. Tickets for the shows are available at 9am on Fri 30 Nov.