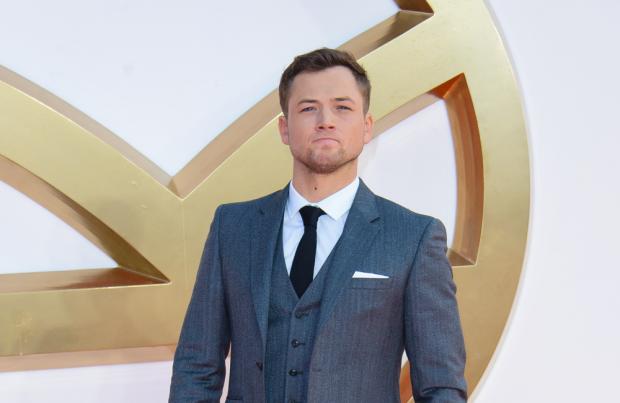 Taron Egerton "got quite physical" with Richard Madden in 'Rocketman' for a love scene.

The 29-year-old actor portrays Sir Elton John in the upcoming biopic and he shares a sex scene with the 'Bodyguard' star, who plays his manager and lover John Reid, in the honest upcoming biopic and both stars just went for it when the cameras started rolling.

He said: "I probably shouldn't be telling you this but we have a sex scene. We went to some places together and got quite physical.

"I've watched it back and I think it looks great. The grown-up nature of the film, combined with it being a musical, makes it feel quite zeitgeisty. I don't know if I'm allowed to say this but it's basically about Elton in rehab, so we're not watering anything down."

The 'Robin Hood' actor loved "every minute" of working on the musical movie and thinks it's his best piece of work to date.

He said: "I finished working on it two days ago and I think it could be the best thing I've done. It feels very special and I've loved every minute of it. I've always loved singing and musicals, and I felt that there was that big side of myself that I haven't explored yet in films but this gave me the opportunity to do that. And it's very consciously a proud, gay film and it's also open to showing Elton's darker moments."

He said: "I think I'm the only person in the world who hasn't seen it yet. But he did mention it! I will get round to it soon. I've just been filming non-stop."

This Elton John biopic, exec-produced by its subject, could have been a vanity project, but it’s a fun and cute fantasy musical; Egerton as John as exuberant and sympathetic, and the framing device is sensible. Hardly revelatory, but Fletcher does a good job and sprinkles some inventiveness. Classic songbook helps.