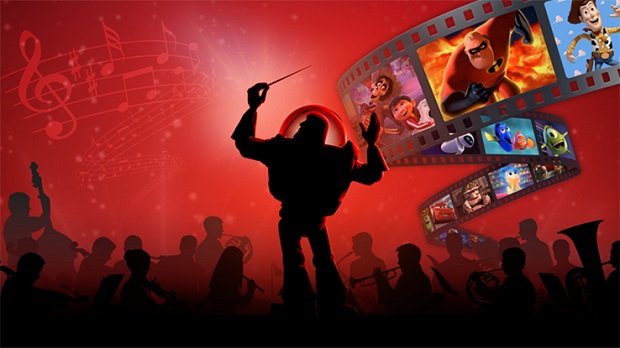 Award-winning scores to be brought to life by a full orchestra in Brighton, Manchester, London and Birmingham

Pixar in Concert is coming to the UK next April. The show features a full orchestra who perform Pixar's famed musical pieces alongside the film scenes they feature in. The short four-date tour will call at venues in Brighton, Manchester, London and Birmingham. Presale tickets are on sale now. General sale begins at 10am on Fri 14 Dec.

Pixar burst onto the cinematic scene in 1995 with Toy Story before putting out a host of innovative animations such as A Bug's Life, Monsters, Inc, Finding Nemo and many more. Since then the studio has released a plethora of short films and a total of 20 feature films, with more in the pipeline (Toy Story 4) for 2019.

Over the years Pixar has racked up a host of awards for the original musical scores that accompany each film. Accolades include numerous Grammys as well as Academy Awards for Best Original Score for Up and Score and Song nominations for both Wall-E and Ratatouille among others.

Pixar in Concert marries scenes from the likes of Toy Story, Toy Story 2, Ratatouille, A Bug's Life, Wall-E, Cars, Cars 2, Incredibles 2, Monsters Inc, Monsters University, Brave, Finding Dory and Coco with their original scores performed by the full orchestra. Attendees can expect a high definition multimedia show that is a true celebration of the works of Pixar.

Presale tickets for Pixar in Concert are on sale now. General sale begins at 10am on Fri 14 Dec.

Witness some of your favourite Pixar movie scenes accompanied by a live orchestra.