Zoe Kravitz not restricted by race 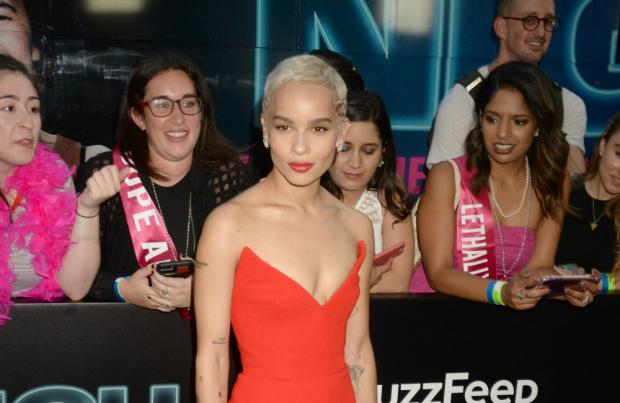 Zoe Kravitz looks for roles written for women of a different race.

The 'Fantastic Beasts: The Crimes of Grindelwald' actress is proud of her multicultural heritage and wants to "challenge" stereotypes based on ethnicity within her career.

She said: "I identify with both my black and white roots. My parents are a mix of Jewish and African American.

"Obviously, both of these groups have had large struggles in the past, so I feel proud to connect to their cultures.

"I continue to challenge that, and look for parts that were maybe written for someone of a different race.

"If I identify with the story, I can identify with the character and hopefully people will open their minds about how they see a doctor or a lawyer. There's no rule that says a lawyer can't be a black woman with tattoos."

The 30-year-old actress used to find it "exciting" when she was recognised and fans wanted to take photos, but now she's realised it's important to be able to have her own private time away from work.

She told Britain's Marie Claire magazine: "My biggest boundary issue is being recognised and people constantly wanting to take pictures. At first it's exciting and a huge compliment, and you just want to know everyone.

"Although it's hard to say no, sometimes you feel vulnerable and don't want your photo taken.

"Also, the time that I have with my friends and family is now so valuable and necessary for my mental health that I want to focus that energy on them.

"I'm trying to find the right balance, but doing normal stuff like going to the grocery store is so important. Just making sure I take the time to be a human being, really."