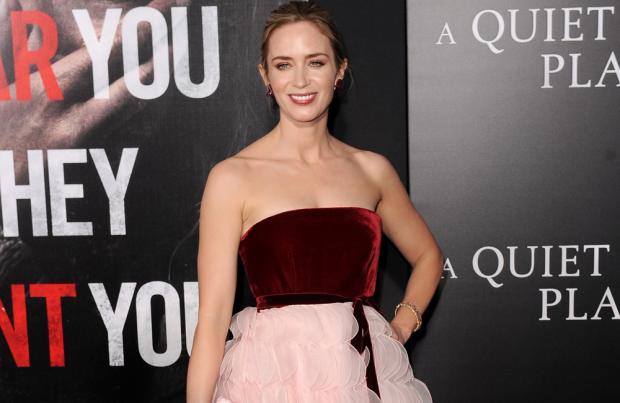 Emily Blunt "knows the basics" of the 'A Quiet Place 2' plot, but admits her husband John Krasinski is still keeping things under wraps - even from her

Emily Blunt "knows the basics" of the 'A Quiet Place 2' plot.

The 35-year-old actress starred Evelyn Abbot in the original movie, which was directed by and co-starred her husband John Krasinski, and has said that despite being married to the movie's helmer, she doesn't know every detail about the upcoming sequel, because John is still keeping certain things close to his chest.

Speaking to 'Entertainment Tonight', she said: "I know all; I know everything, No, I know enough. But he's also writing, so he's in that sort of vortex. And then I'm sure I'll read stuff eventually. But I know the basics."

Her comments come after John claimed he was "mind-tricked" into writing a sequel for the 2018 flick, which sees Evelyn and his character Lee – along with their two children Marcus (Noah Jupe) and Regan (Millicent Simmonds) – in a post-apocalyptic world that has been taken over by blind monsters with an acute sense of hearing.

John says it was never his intention to create a sequel, and he was duped into writing his idea for the next movie.