Bananarama celebrate new album with intimate live shows, find out how to get tickets 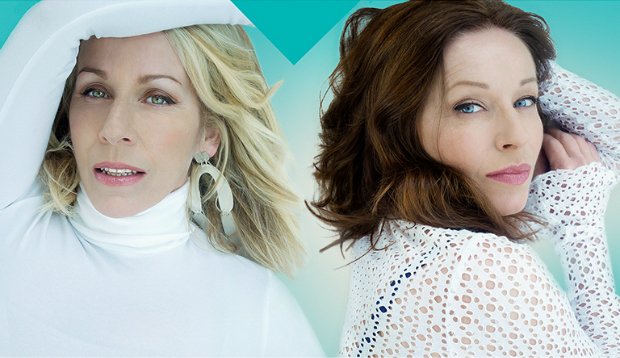 Catch the pop duo in London, Birmingham, Manchester and Glasgow as the launch In Stereo

Bananarama have announced a series of live shows to mark the launch of their newest album In Stereo. The group have been working on new music for sometime and today revealed news of five UK shows set for April and released lead single 'Dance Music'. Tickets go on sale at 9am on Fri 25 Jan.

Bananarama rose to fame in the 1980s with a stint of hits including 'It Ain't What You Do…', 'Really Saying Something', 'Shy Boy', 'Na Na Hey Hey Kiss Him Goodbye' and 'Cruel Summer' among others.

Between 1982 and 2009, the group had a total of 28 singles in the UK's Top 50 Singles Chart. Bananarama hold the Guinness World Record for the the most chart entries ever for an all-female group.

Remaining members Sara Dallin and Keren Woodward will be celebrating 36 years of the group this year, releasing new material and touring for what has been dubbed 'the next exciting chapter'. The duo will perform live in LA this February before shows in Australia and the UK.

Bananarama kick of their short-string of exclusive and intimate shows with two nights in London's Omeara and The Borderline on Fri 26 and Sat 27 Apr. Further shows go ahead in Birmingham, Manchester and Glasgow.

Tickets for Bananarama's album launch shows go on sale at 9am on Fri 25 Jan.

With Gabrielle and Rebecca Ferguson.