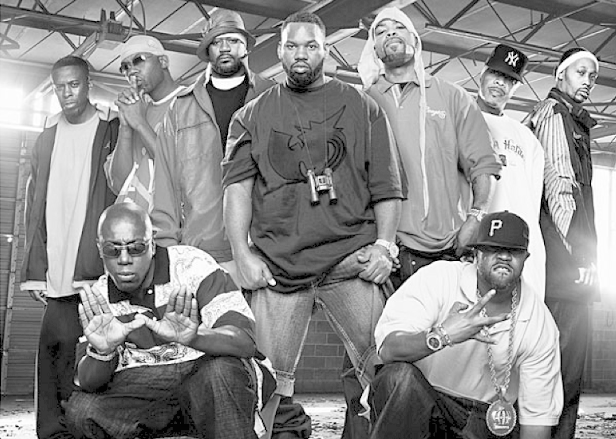 It has been announced that the biggest and most influential rap groups in the world are coming together for three very special UK arena shows in May 2019. None other than Wu-Tang Clan, Public Enemy and De La Soul join forces for a series of shows in Wembley, Manchester and Glasgow. Tickets for the shows go on sale at 10am on Fri 25 Jan.

This once in a lifetime tour marks the anniversary of three landmark albums; Wu-Tang Clan's Enter The Wu-Tang (36 Chambers), Public Enemy's It Takes a Nation of Millions to Hold Us Back and De La Soul's 3 Feet High and Rising.

Twenty-five years ago, the Wu-Tang Clan burst onto the music scene with the release of its seminal debut, and became one of the most recognisable and influential hip-hop groups of all time. Since then the group have released seven gold and platinum studio albums and accumulated worldwide sales of more than 40 million albums.

The late 80s saw Public Enemy rewrote the rules of hip-hop as the group became known for their innovative and controversial sound. For many, Public Enemy are considered the definitive rap group of all time. Now, 30 years since the release of their It Takes a Nation of Millions..., the record is still hailed as a hip-hop masterpiece, featuring timeless classics 'Don't Believe the Hype' and 'Bring the Noise'.

De La Soul's acclaimed debut album propelled the trio into the limelight as they quickly became one of the biggest hip-hop bands and forged a lasting musical legacy. The group's biggest commercial hit, 3 Feet High and Rising, includes singles 'Me Myself and I', 'The Magic Number', 'Buddy', and 'Eye Know'.

While the Wu Tang Clan take the headline spot on the tour, Public Enemy and De la Soul will pump up the crowd for what will no doubt be an electric night of hip-hop for fans young and old. The shows will be presented by the legendary DJ Premier.

The short tour kicks off on Fri 10 May at The SSE Arena, Wembley followed by a show on Sat 11 May at Manchester Arena and a final show on Sun 12 May at The SSE Hydro in Glasgow.