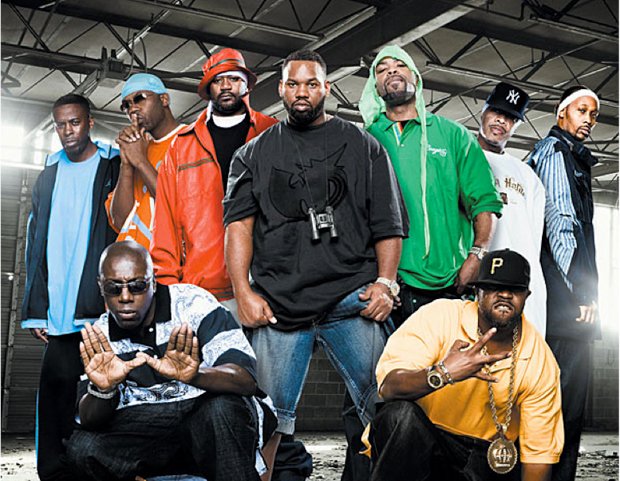 The List team is a little excited about this show, we got them to tell us their favourite tunes from the gods of rap

Hip-hop heavy weights Wu-Tang Clan, Public Enemy and De La Soul join forces for the Gods of Rap tour kicks off on Fri 10 May at The SSE Arena, Wembley followed by a show on Sat 11 May at Manchester Arena and a final show on Sun 12 May at The SSE Hydro in Glasgow. Tickets for all shows are on sale now.

This gigantic show, featuring three of the most influential groups in hip-hop, is set to mark the of anniversary of three landmark albums; Wu-Tang Clan's Enter The Wu-Tang (36 Chambers), Public Enemy's It Takes a Nation of Millions to Hold Us Back and De La Soul's 3 Feet High and Rising.

Here at The List HQ, the news of the tour gave us the perfect opportunity to dig deep into the phenomenal discographies of each group and pick out the tunes we'd most like to hear on the tour.

Had to make at least one selection from what's arguably the most important record in the history of hip-hop, It Takes A Nation Of Millions To Hold Us Back. Probably not the most famous from the album but one of the hardest hitting, dealing with the incarceration of a conscientious objector and his subsequent prison break.

The 'Shut 'Em Down' original is great but the definitive version of this is the Pete Rock remix that just oozes soul. I saw this first when I came back in from the pub on, of all things, The Word and immediately fell in love with it. I've been in love with it ever since.
Brendan Miles, Digital Business Director

The best track on one of the greatest rap albums of all time. From Method Man's anthemic hook to Inspectah Deck's verse for the ages, once 'C.R.E.A.M' enters your bloodstream, it never leaves. And if anyone has a better debut solo and refrain than 'M.E.T.H.O.D Man', I'd love to hear about it. True story, I once helped hold a very sweaty Method Man aloft in the air while he rapped that very track, and it was awesome. I've also sung happy birthday to Flava Flav, although if you want to split hairs I was in a field with five thousand other people, but whatevs. Wait a minute, can I pick something from Meth and Redman's Blackout album too?
Scott Henderson, Head of Digital Media

Hardly controversial choices, but it's a toss-up between the blistering, righteous fury of 'Fight the Power' and the disgusted-but-awesome '911 Is A Joke'--the sheer glee with which they sampled stuff in those days is exhilarating.

3 Feet High and Rising always sounded like they were communicating some arcane lore. From De La Soul is Dead, 'Millie Pulled a Pistol on Santa', a harrowing story of child abuse and how everyone conspires to not notice it until it's too late.
Alex Johnston, Senior Content Producer

One of the best Ghostface Killah verses ever paired with the classic Isaac Hayes sample which is brought to life in the video by the man himself.

Tickets for the Gods of Rap UK tour are on sale now.