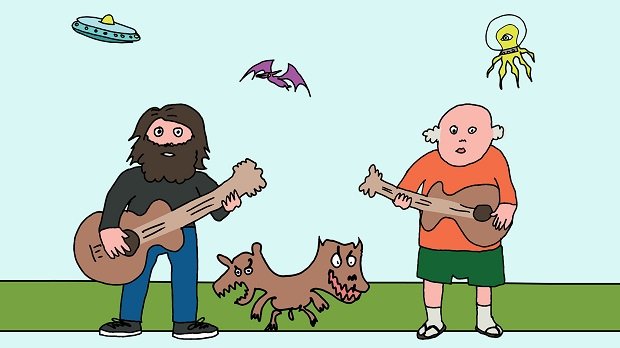 Tenacious D have announced they will perform a show at The SSE Arena Wembley on Sat 2 Jun. Tickets for the show go on sale at 9am on Fri 1 Feb.

The rock duo are back following a six year studio hiatus. Members Kyle Gass and Jack Black released their fourth studio album Post-Apocalypto last November, following on from 2012's Rize of the Fenix.

The pair are known for their comedic rock with major hits like 'Tribute', Kyle Quit the Band', 'Beelzeboss' and 'Pick of Destiny'. The pair also starred in 2006's Tenacious D in The Pick of Destiny, the film followed the duo as they set out to become the greatest rock band in the world, battling the likes of the Satan, played by Dave Grohl.

The new album features 21 tracks with contributions from long-time collaborators John Konesky (electric guitar), Spiker and Dave Grohl (drums). Gass and Black will perform in London this summer in support of the record.

Tenacious D perform at The SSE Arena in Wembley on Sat 2 Jun. Tickets for the show go on sale at 9am Fri 1 Feb.

Comedy rock (that is actually funny) from Jack Black and Kyle Gass.