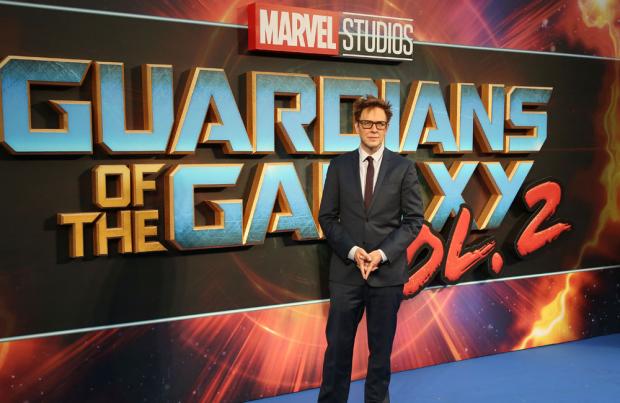 Axed 'Guardians of the Galaxy' director James Gunn is said to be in talks with Warner Bros. about helming a 'Suicide Squad' sequel

James Gunn is in talks to direct the 'Suicide Squad' sequel.

The 52-year-old filmmaker – who was fired from 'Guardians of the Galaxy Vol. 3' by Disney over controversial past tweets – looks set to helm the upcoming motion picture, after it was previously revealed he is writing the script.

Sources told The Hollywood Reporter that Gunn plans to take the film in a new direction with a new cast of characters.

The movie is also said to have been given the title, 'The Suicide Squad', and it looks likely to be a reboot of sorts, rather than a direct sequel.

Warner Bros. have penned the film in for an August 2021 release.

This news comes just weeks after Marvel boss Kevin Feige backed Gunn to be a success for DC.

He said: "I went to see 'Aquaman' last night, and I really, really enjoyed it.

"I don't see a rivalry, I just see cool films being made. One thing you know about James Gunn, he makes cool films."

Feige also gave an update on the future of 'Guardians of the Galaxy Vol 3', which he previously announced had been put "on hold" last year after Gunn's exit.

He added: "'Guardians' will happen. When, where, how? For a later time."

Gunn has received plenty of support in the wake of his axing, including from Dave Bautista, who has repeatedly insisted he wouldn't want to return to the 'Guardians of the Galaxy' film series if Gunn's script wasn't used for the upcoming sequel.