Travis Scott announces UK tour date, find out how to get tickets 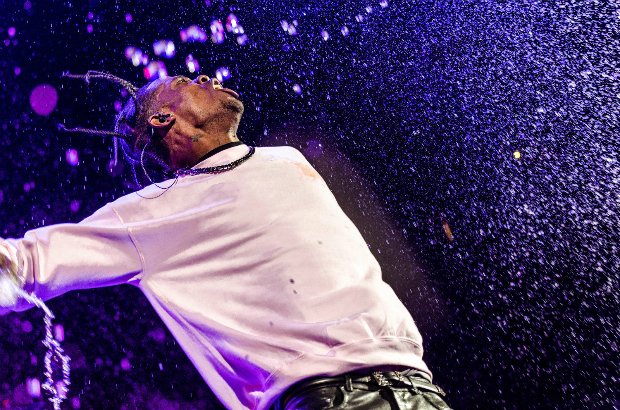 Travis Scott has announced he will perform at London's O2 Arena this summer. The hip-hop super star brings his famous Astroworld show to the venue on Tue 16 Jul. Tickets are available at 10am on Fri 14 Jun.

It goes without saying that Travis Scott is one of the biggest names in hip-hop right now. He released his third album Astroworld in 2018 which features big hitters Drake, Kid Cudi, Frank Ocean, The Weeknd, James Blake, Swae Lee, 21 Savage, Quavo and more. The record was certified double platinum and received two Grammy nominations.

Astroworld follows on from his 2015 debut Rodeo and follow up Birds in the Trap Sing McKnight . Scott extensively toured North America with the Astroworld - Wish You Were Here Tour throughout 2018.

The partly immersive tour transformed venues into Astroworld amusement park, the appeal of which, has sold out many of America's biggest venues such as Madison Square, where he performed over three nights.

Travis Scott performs at The O2 Arena, London on Tue 16 Jul. Tickets are available from 10am on Fri 14 Jun.