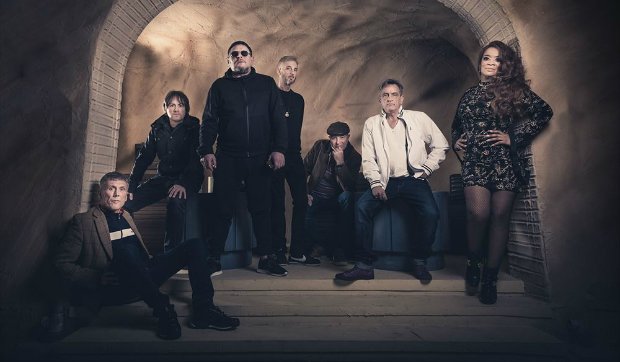 Call the cops, legendary Madchester band to perform throughout October–December

Legendary Manchester band Happy Mondays have announced a marathon 29-date Greatest Hits Tour for October, November and December. Tickets are available from 10am on Fri 22 Feb.

After signing to Tony Wilson's Factory Records, the late '80s saw the Happy Mondays become the pioneers of the Madchester sound, as they blended their love of funk, rock, psychedelia and house with the sounds of the UK's emerging rave scene.

The band's third album, 1990's platinum-selling Pills 'n' Thrills and Bellyaches, led to the Happy Mondays crossing over into the mainstream.

The Happy Mondays' classic lineup of front man Shaun Ryder plus Bez, Rowetta , Gary Whelan, Paul Ryder, Mark Day and and Dan Broad will perform timeless hits such as 'Step On', 'Kinky Afro', ''Hallelujah', and '24 Hour Party People', among many others.

Ryder says: 'Be great to be back out on the road with Happy Mondays for some pre-Christmas partying!! Looking forward to playing all the hits and more at these shows.'

Bez adds: 'Really excited and looking forward to the Happy Mondays tour – can't wait to do some freaky dancing.'

Tickets for the Happy Mondays anniversary tour go on sale at 10am on Fri 22 Feb.

Watch out, the gang's all back together. Madchester nostalgia reigns as the original line-up of The Happy Mondays returns.