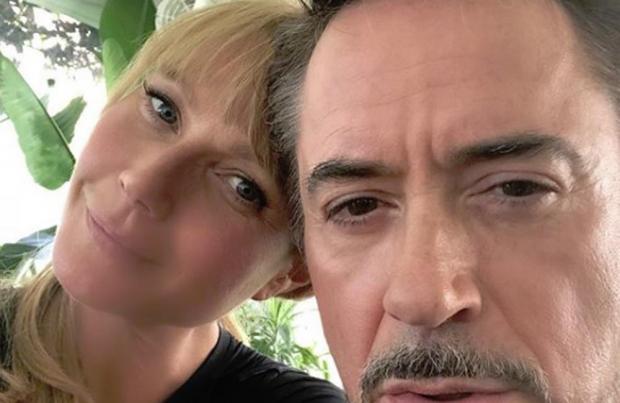 The 46-year-old actress – who portrayed Pepper Potts in 'Iron Man' and 'The Avengers' films – recently revealed that she would be giving up her role as the romantic interest of Robert's Tony Stark and that 'Avengers: Endgame' will likely be her final MCU movie.

The 'Shakespeare in Love' star took to Instagram to share a goodbye with the 53-year-old actor and shared a selfie of the pair insisting she would always be "this guy's Pepper".

She captioned the image: "You KNOW I will be this guy's pepper anytime he needs me (sic)" also using the hashtag #pepperonyforever.

Gwyneth previously admitted that she wants to quit the series because she thinks she is a "bit old to be in a suit" now she is in her mid-40s.

She previously confessed: "I mean, I'm a bit old to be in a suit and all that at this point.

"I feel very lucky that I did it, because I actually got talked into it. I was friends with ['Iron Man' director] Jon Favreau. It was such a wonderful experience making the first 'Iron Man' and then to watch how important it has become to the fans."

Although Gwyneth is taking a step back from the MCU she left open the possibility that she'll make a cameo or appear in flashbacks in future Marvel films.

She said: "I feel honoured to be a part of something that people are so passionate about.

"Of course, if they said, 'Can you come back for a day?' I will always be there if they need me."

Five years after Thanos’s victory, the Avengers are in despair until Ant-Man (Rudd) kicks the story back into action. The final film in the saga verges on fanservice, but there’s intelligent character development, everyone (except Johansson) is given enough to do, and some arcs have a truly poignant sense of closure.