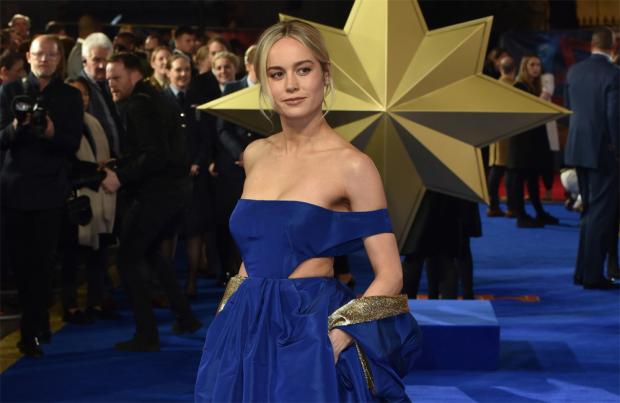 Brie Larson listened to 90s female punk bands to get pumped up for 'Captain Marvel'.

The 29-year-old actress plays Carol Danvers in the upcoming 1990s set superhero film, which is the first female stand-alone movie in the Marvel Cinematic Universe, and revealed that she listened to a lot of music which originated from the 1990s riot grrrl music scene to get herself up for the action-packed scenes.

Speaking to CinemaBlend, she said: "I was listening to a lot of riot grrrl whilst making it, that was kind of my pump up music, in particular during the fight sequences. Listened to a lot of L7 and Bikini Kill in particular."

The movie follows Carol, a former US Air Force fighter pilot, as she turns into one of the galaxy's mightiest heroes and joins Starforce, an elite alien Kree military team, before returning home when Earth is caught in the centre of a galactic conflict between two extra-terrestrial worlds.

The 'Room' star previously revealed that she got to a stage where she could "deadlift 225 pounds" due to the rigorous exercise regime she followed to be Captain Marvel.

She said: "Being sporty is like a new thing. I was super not athletic. I was like a 'Can you open this water for me?' person, and then like, a year ago I just really bulked up. I trained for nine months, and then I was able to do crazy things. I could deadlift 225 pounds by the end of it ... The ongoing joke with my trainer, because Captain Marvel can move planets, I was like, 'I just wanna be able to push your car. If I can just push your Jeep, then I'll feel like I was ready.'"

Brie attended the UK Gala Screening of the MCU movie at the Curzon Mayfair in London on Wednesday night (27.02.19) and wowed in an extravagant royal blue gown which matched the event's special blue carpet.

Danvers (Larson) is a fighter with the Kree Starforce who finds herself on Earth, and encountering Agent Nick Fury (Jackson). The storyline doesn’t give Larson a lot of time to establish a persona, but her charm, style and ass-kicking make her Marvel’s coolest customer and whatever it lacks in heart, it makes up for with…