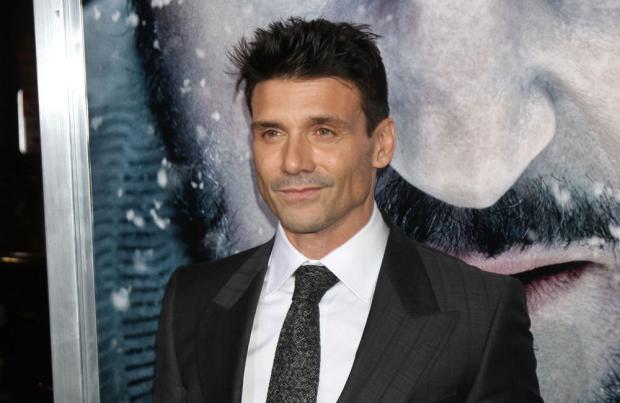 Frank Grillo signed on to star in 'The Hitman's Wife's Bodyguard' alongside Ryan Reynolds, Salma Hayek and Samuel L. Jackson

Frank Grillo has joined the cast of 'The Hitman's Wife's Bodyguard'.

The 53-year-old actor – who starred as Brock Rumlow in Marvel's 'Captain America: The Winter Soldier' – has signed on to star in the follow-up to the 2017 action-comedy movie from Patrick Hughes.

Hughes' original film starred Ryan Reynolds, Samuel L. Jackson, and Salma Hayek and follows the world's top protection agent (Reynolds) who is called upon to guard the life of his mortal enemy, one of the world's most notorious hitmen (Jackson) and his wife (Hayek).

Grillo is reportedly set to play an Interpol agent, who needs help preventing a cyber attack in Europe, in the sequel.

The original movie achieved considerable box office success, earning as much as $177 million from a $30 million budget and becoming the most popular film in the US for three straight weeks.

Despite starring in 'The Hitman's Bodyguard', Reynolds, 42, previously admitted he doesn't employ a bodyguard even though he is one of the most famous actors in the world as he would feel "ashamed" if he did feel the need to have hired protection because he is a "big guy".

When the Hollywood actor and his co-star Jackson were asked if they have personal security guards, the 'Deadpool' star explained: "Look, we're two pretty big guys. I would feel ashamed if I had a bodyguard.

"The only time I ever have security is when I go to Comic-Con because you need guys to help get you 100 feet."

Jackson, 70, went on to reveal that there are certain places in the world where he needs to have a bodyguard, although most of the time he feels perfectly safe.

He said: "Aggression changes from place to place. In France people camp outside your hotel and chant your name. In Germany, you wish you had a bodyguard because Germans are aggressive whenever they want their s**t signed. But most times, I'm pretty OK."