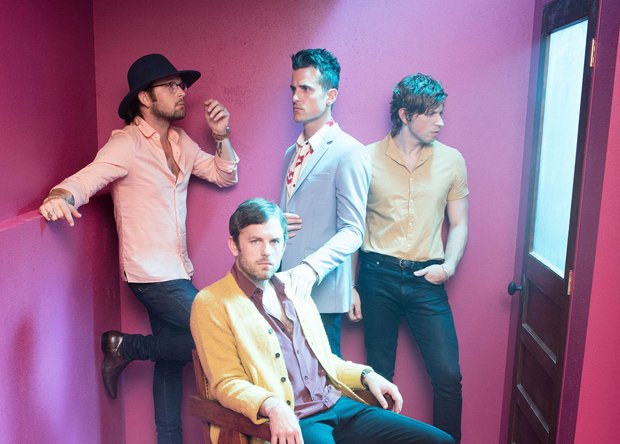 Band to headline the Liverpool festival this August at Sefton Park

Kings of Leon are set to play the inaugural Fusion Presents festival in Liverpool on Fri 30 Aug. Presale tickets are available at 9am on Thu 7 Mar. General sale tickets go on sale at 9am on Fri 8 Mar.

Kings of Leon released their seventh album WALL in 2016 and the band will play their only festival show of 2019 in the UK at the Liverpool event.

The Nashville rockers – who supported the Pixies at British Summertime Hyde Park last summer – will be joined at the one-day rock extravaganza by BRITs Critics' Choice winner Sam Fender and Franz Ferdinand, plus Liverpool's very own Circa Waves and Echo & The Bunnymen.

Event Director, Damien Sanders commented: 'Liverpool is an iconic city, entrenched in music heritage and we've wanted to launch a new event for the last couple of years. The biggest challenge has been finding the right artist for the job. We're over the moon that we were able to secure one of the world's most successful rock bands to launch Fusion Presents and we cannot wait to see them perform in our new home, Sefton Park.'

Fusion Festival was originally held at the seaside location of Otterspool Promenade, and 2018 saw pop acts including Fifth Harmony's Ally Brooke and the likes of The Vamps, Raye, Becky Hill, Yungen and Grace Carter perform. The 2019 festival will run at Sefton Park this August.

Presale for Fusion Presents tickets are available at 9am on Thu 7 Mar. General sale begins at 9am on Fri 8 Mar.

Brand new music festival taking place in Liverpool. The line-up for its inaugural event in 2019 features Franz Ferdinand, Circa Waves, Sam Fender and Echo & The Bunnymen.