Brie Larson: Captain Marvel could be 'biggest feminist movie of all time' 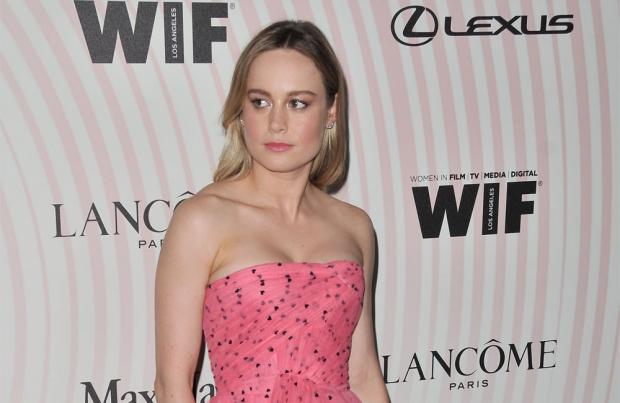 Brie Larson wouldn't be surprised if 'Captain Marvel' went on to be the "biggest feminist movie of all time".

The 29-year-old actress plays the titular role in the hit movie and is grateful she got to be a part of something that can "break new ground" as it is the first female-led stand-alone film in the Marvel Cinematic Universe.

She said: "We're subverting the genre in a lot of ways and breaking new ground and we're doing it in a way that feels really natural. It isn't trying to stick our tongues out. It's just this is who she is and this is the story that we're telling ... It's mythology, it's story and it's the human experience on this large scale. On top of that, they said they wanted to make the biggest feminist movie of all time."

And Brie trained hard for her role, admitting it was like prepping for an "actor's triathlon".

She added to ABC News: "I trained for it like it was a triathlon, and it truly felt like an actor's triathlon."

Meanwhile, Brie previously insisted she didn't feel any pressure playing the superhero as she just wanted to do the "best job she could" on set.

She said: "I don't know if I'm crazy, because so many people have been like, 'You must feel pressure, you must feel responsibility?' And I'm like, 'I don't, is that bad?' I just don't think that it's helpful to me or helpful to this story or helpful to the work to feel that way. For me it's just like I really love this character, I love Carol, and I think there is a lot of value in it. I just wanted to focus on the best job I could do, and I know especially with a movie this big it seems like it's like this public thing – but when you're on set it's super private so that is how it felt, it felt like we were making a small movie."

Danvers (Larson) is a fighter with the Kree Starforce who finds herself on Earth, and encountering Agent Nick Fury (Jackson). The storyline doesn’t give Larson a lot of time to establish a persona, but her charm, style and ass-kicking make her Marvel’s coolest customer and whatever it lacks in heart, it makes up for with…