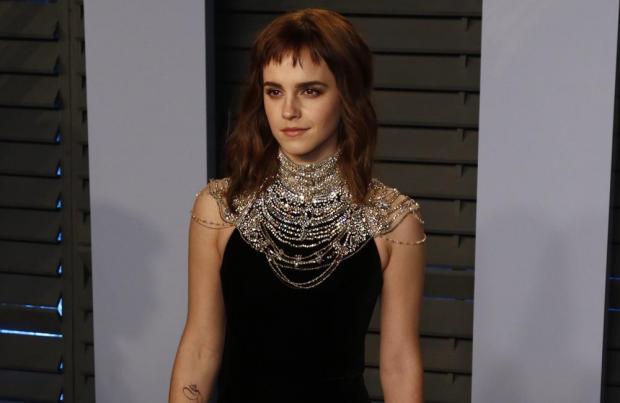 Emma Watson is being considered for a major role 'Black Widow' stand-alone film, according to website That Hashtag Show

Emma Watson is being lined up for a role in the standalone 'Black Widow' film.

Marvel Studios is actively casting for the blockbuster which will focus on Scarlett Johansson as she reprises her role as SHIELD spy Natasha Romanoff, aka Black Widow.

According to website That Hashtag Show, 28-year-old Emma is wanted for an as-yet unknown role in the adventure about the first female Avenger.

Although few details about the movie have been released, the 'Harry Potter' actress' potential part has been described as a "kick-ass female [James] Bond", and Marvel is said to be seeking an actress able to cope with a physically demanding role who also "feels similar" to 34-year-old Scarlett.

Scarlett – who has starred as Black Widow in the Marvel Cinematic Universe since 2010 when she made her debut in 'Iron Man 2' – is set to earn $15 million for the film and has reportedly been handed the same deal that was previously given to Chris Evans and Chris Hemsworth for appearing in 'Captain America: Civil War' and 'Thor: Ragnarok', respectively.

The character has since gained significant popularity among fans and rumours about a standalone movie have been swirling for years.

Scarlett previously admitted she hopes the 'Black Widow' film will be a "groundbreaking" story in the MCU.

She explained: "The only way to do it would be if it were something that we've never seen before that was really groundbreaking and incredibly bad ass. I think if anyone could make that happen my boss Kevin Feige could. He's a visionary."

Scarlett explained that because of her character's traumatic past, there's plenty of scope to develop a compelling storyline.

She said: "I think it could be something really special.

"There's a lot of room there. The character has a tortured past, she's had to make a lot of difficult decisions. She has a lot of trauma. She's got issues. There's room to work them all out."