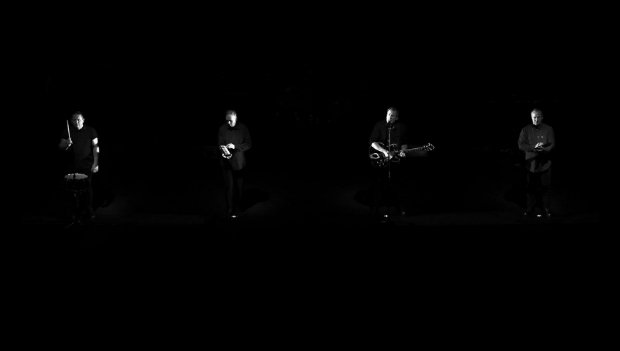 Orchestral Manoeuvres in the Dark have announced a 20-date UK tour for late 2019 that will celebrate 40 years in music Tickets for the shows are available from 9am on Thu 14 Mar.

Formed in the Wirral in 1978, OMD are today considered pioneers of synth-pop. They achieved chart success and critical acclaim for tracks like 'Enola Gay', 'Souvenir', 'Talking Loud and Clear' and 'Joan of Arc'.

OMD released their 13 studio album The Punishment of Luxury in 2017 which was supported with a large UK tour. Last year they teamed up with Royal Liverpool Philharmonic Orchestra for a small series of shows celebrating their 40th anniversary. The shows showcased their most known hits with orchestra accompaniment.

The group's first four albums – Orchestral Manoeuvres in the Dark, Organisation, Architecture & Morality, Dazzle Ships – were reissued last year for the first time since the '80s. The records were specially remastered for the occasion.

OMD kick off their 40th anniversary UK tour on Sat 26 Oct. The group headline venues in York, Glasgow, Sheffield, Bath and more before finishing up at at Hammersmith Apollo in London on Wed 20 Nov.

Tickets Orchestral Manoeuvres in the Dark go on sale at 9am on Thu 14 Mar.

Orchestral Manoeuvres in the Dark

Veteran synth pop act performing favourites from their back catalogue.